Welcome to Cabo San Lucas and San Jose del Cabo, Los Cabos, a world-class travel destination at the southernmost tip of the Baja Peninsula. Los Cabos is made up of two cities, cosmopolitan Cabo San Lucas, where the well known rock formation know as "El Arco", where the Sea of Cortez meets the Pacific Ocean, and colonial-style San Jose del Cabo, the Tourist Corridor, a 20-mile stretch of gorgeous beaches and luxurious resorts that connects them, and the more rustic East Cape, home of world-famous Cabo Pulmo. This region, located in Baja California Sur, Mexico, offers something for everyone: from adventure to tranquility, excellent food, variours watersports activities, world-class sportfishing and unparalleled nightlife. 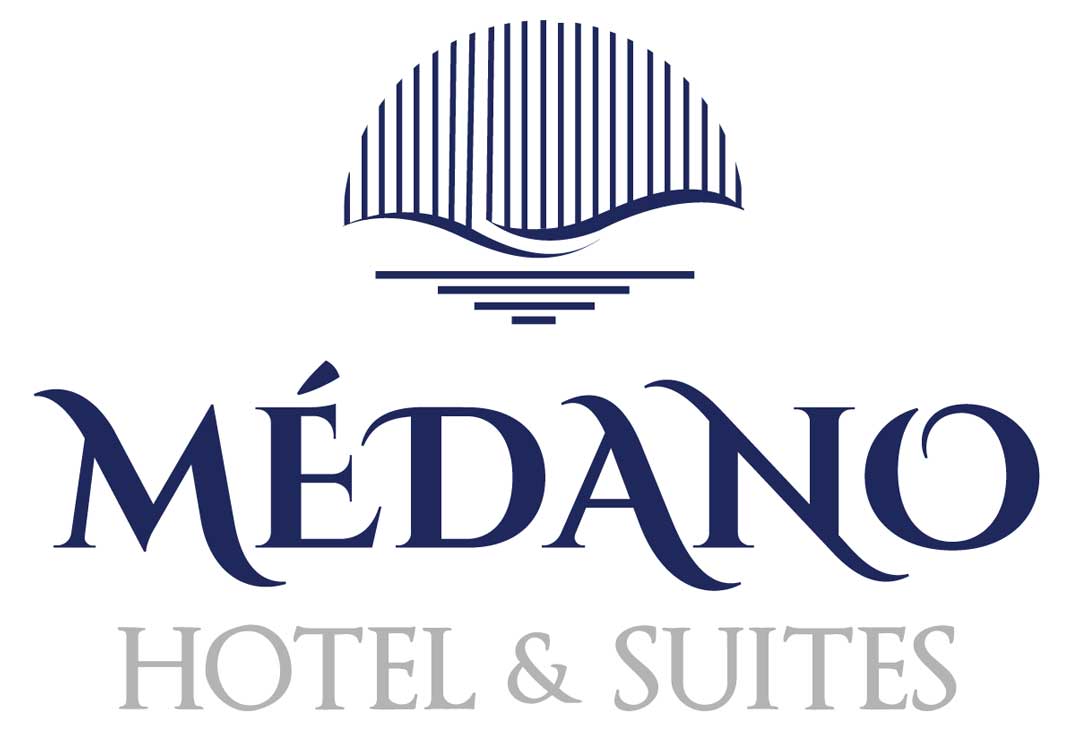 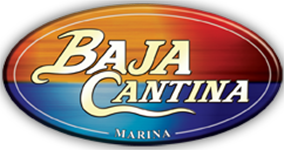 Baja Cantina Group started in 1991 with Baja Cantina Marina Restaurant quickly becoming the headquarters for big game fishing tournaments like Bisbee’s black & blue contest and others. Our recipes are prepared with the highest quality ingredients; using fresh, local, seasonal & organic products and imported USDA aged beef. Our staff is professionally trained to assist you with all your needs and assure a visit that you will long remember. Our locations are perfectly situated for your convenience. The best overall areas in cabo! We also specialize in weddings and private events. Our group is certified with the worldwide recognized, check safety first certification, which guarantees the highest possible hygiene standards and a safe experience for our clients. Baja Cantina Group…. A true los cabos experience

PELAGIC GEAR was founded as a company devoted to those that live, dream, and stand by the ocean lifestyle. Born in Newport Beach, California (circa 2001), PELAGIC is deeply rooted in surf, fish, and dive culture; it is driven by an undying thirst to provide the worldwide public with a name brand that identifies themselves with a single love for the ocean. Combining casual lifestyle wear and high performance apparel, with headwear, footwear, gloves, and high end polarized optics, PELAGIC has it all. 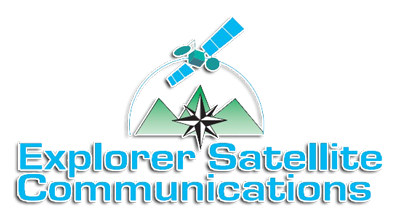 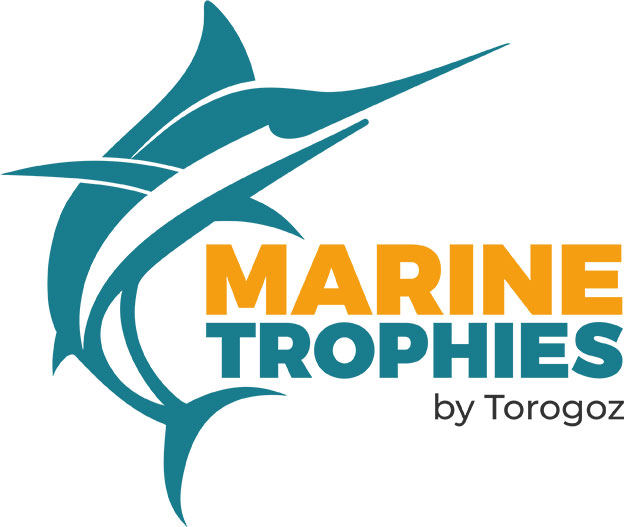 We are a Family own company with 40 years of experience in the Awards Business. Our Fishing Awards have being exported to more than 30 countries around the globe. Our Premium Fishing Awards are designed by creative artists and made by talented artisans one by one. Whether you need a Fishing Trophy, Medal, Plaque or a Unique Custom Perpetual Trophy, our Fishing Awards are sure to fit any and all of your award needs.

Designed with divine extravagance between the Sea of Cortez and the Pacific Ocean, its relief was tinged with spectacular cities, towns, deserts and mountains, which intertwine to shape the beautiful natural beauty that has this state. 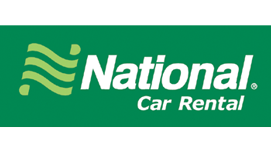 Arnian Freight Logistics was founded in 2006 with the goal of making it a solution for every logistic need; transportation, commercialization, import, and export with a clear focus, quality service for our clients. Each of our areas has highly qualified professionals that provide the best solutions and information required to fulfill your needs. 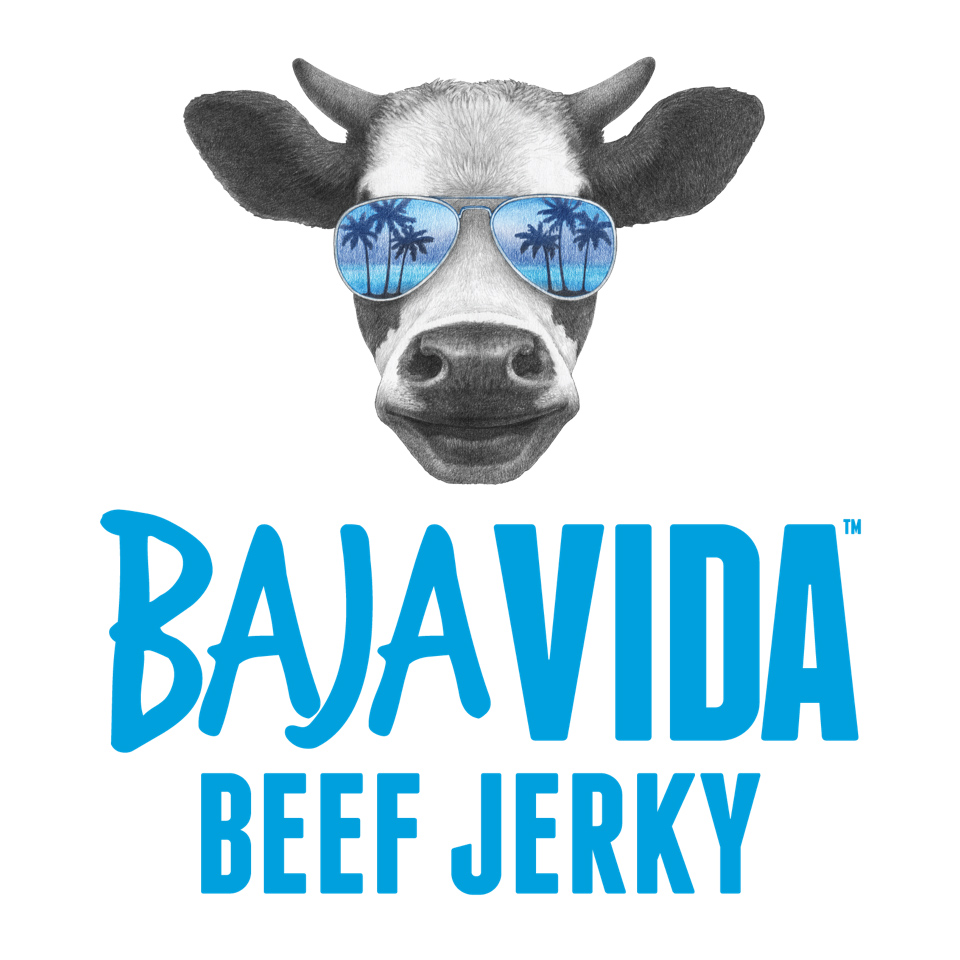 No Nonsense Jerky. Better With Less.

Sevenstar is the world's leading provider of yacht transportation services on a lift-on, lift-off basis. 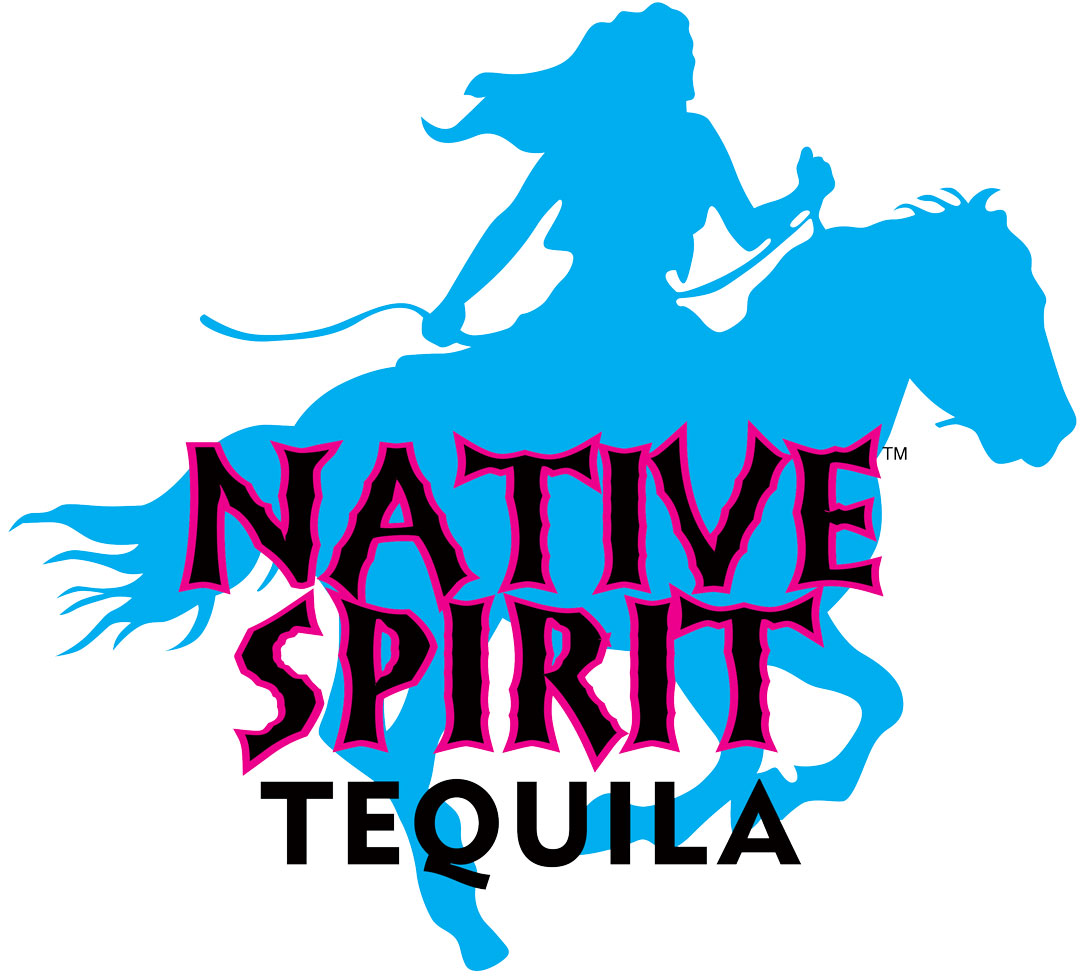 Native Spirit Tequila is a 100% native American, double gold award veteran, woman owned company located in Las Vegas, NV. Founded by LJ Wilson, a native American from the Wiyot and Yurok Tribes of Northern California. She has formulated her own bad-ass special filtered “Smooth Ride” tasting tequila and is the first woman in history to make and import her own brand so come on down and help us taste it!

D-Dey Offshore brings cutting-edge maritime emergency medical kits and training to the in, near, and offshore fishing and yachting industry, as well as other austere environments. Their program prepares boat owners and families, captains and crews, farmers and ranchers, marina facilities, and staff at remote estates, and maritime specialty units to handle medical emergencies at sea and beyond. This company’s products and services are a total must have for all of us! 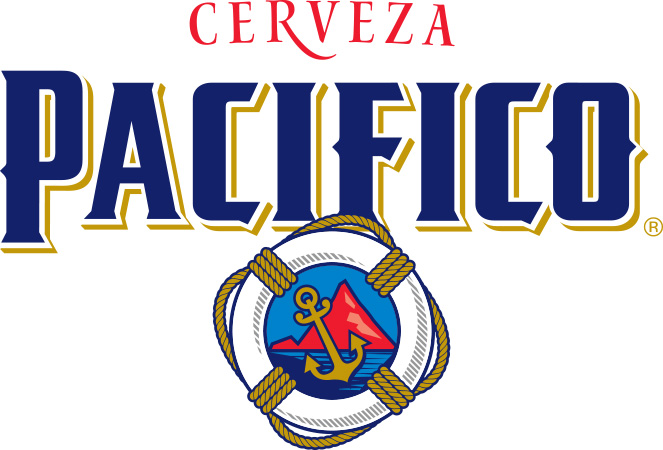 In 1900, three German brewers established Cervecería del Pacifico in the small Mexican port town of Mazatlán. Word of the exceptionally drinkable pilsner-style lager traveled fast. Soon, thirst for Pacifico spread from Sinaloa and up the rugged Baja coastline. Fast forward to the early 1970s. As the story goes, a group of California surfers ventured south in their van to explore the breaks along the coast. Eventually they found themselves in Baja, where they also discovered hidden surf spots, friendly cantinas, and a beloved local beer called Pacifico. Excited by their find, the story goes, the wandering surfers loaded up a few cases of the rich golden lager into their van and returned north, becoming the first importers of Pacifico. Back in Southern California, the Baja-born cerveza gained a passionate following among surfers who journeyed south for the breaks, and returned with a beer well worth the trip. Today, our journey from tiny cantinas in Baja, to SoCal in the back of surf vans, to places off the beaten path has made Pacifico a symbol of discovery and the perfect way to celebrate it. Now, it’s your turn. Go explore, because where the map ends is where adventure begins. 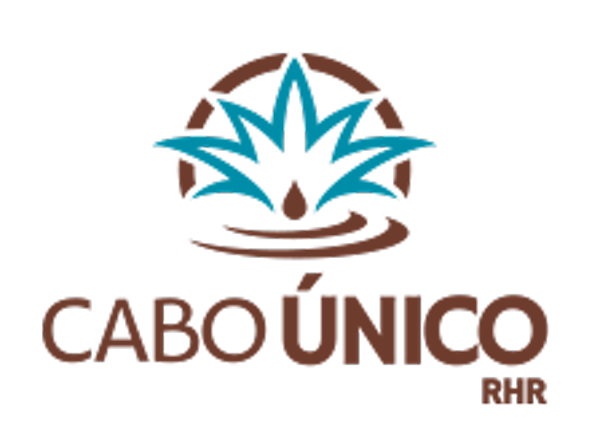 Welcome to The Cabo Unico World

Cabo Unico produces both categories; 100% Pure Blue Agave and Mixed Tequila. Also, we have put special attention to making six carfully crafted and delicious recipes, inherited to the new generation of the Hernandez family. Flavored liqueurs are worth of our origins and predilections of Mexican gastronomy. 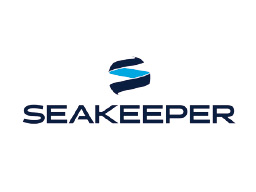 Since the introduction of the first Seakeeper, we've seen and heard thousands of times how Seakeeper has changed people's lives: the astonishment, excitement, relief, and joy they exude when the gyro turns on and the boat settles, is magical. 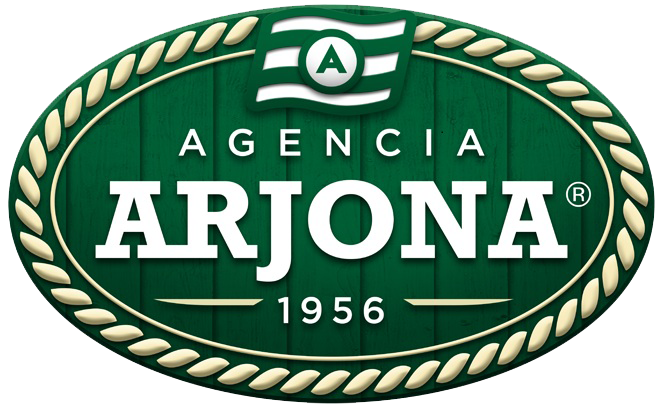 We are a company driven by a business philosophy, whose main objective is to satisfy the needs of our clients, generating economic value for shareholders, comprehensive development for our employees and social impact on our community. For more than 63 years we have participated and diversified our market, currently maintaining a presence in 9 States of the Mexican Republic. We serve the maritime, fishing, aquaculture, agricultural, industrial and service markets. 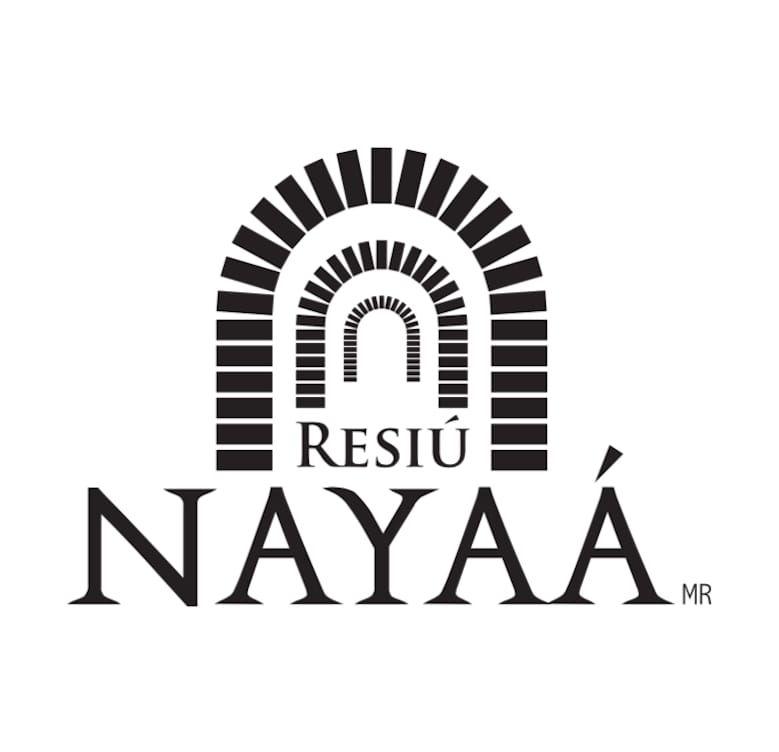 The flavor of our mezcals is unique, thanks to cooking in steam ovens it allows us a mezcal without a smoky note, thus venerating the true flavor of the plant. We are a company founded in 2014 with 100% Mexican capital, located in Santa Teresa, Pilcaya province, in the state of Guerrero. We are certified by the Mezcal Regulatory Council (CRM) as the largest distillery in Mexico with a production capacity of more than 385,000 liters per year; 300 hectares of our 4 different types of agave, such as Cupreata, Criollo, Weber and Espadín. 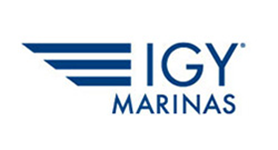 Marina Cabo San Lucas is a modern facility strategically located at the very tip of the Baja Peninsula. Ideally situated at the mouth of the Sea of Cortez, this marina in Cabo San Lucas welcomes fishermen, cruisers, sailors and yachtsmen. Accommodating yachts up to 357 feet with a 24-foot draft, the facility is home to a total of 380 slips, encompassed by a bustling upland, boasting restaurants, bars, high-end shops and smaller retail stores to reach a broad array of tourism. Unquestionably one of the world's foremost yachting, sport fishing and mega-yacht lifestyle destinations, this is the best of Cabo San Lucas marinas and offers an outstanding range of on-site conveniences including a fully operational boatyard, modern fuel dock with high speed pumps, pumpout services, water services and a full array of amenities available to owners, guests, captains and crew. 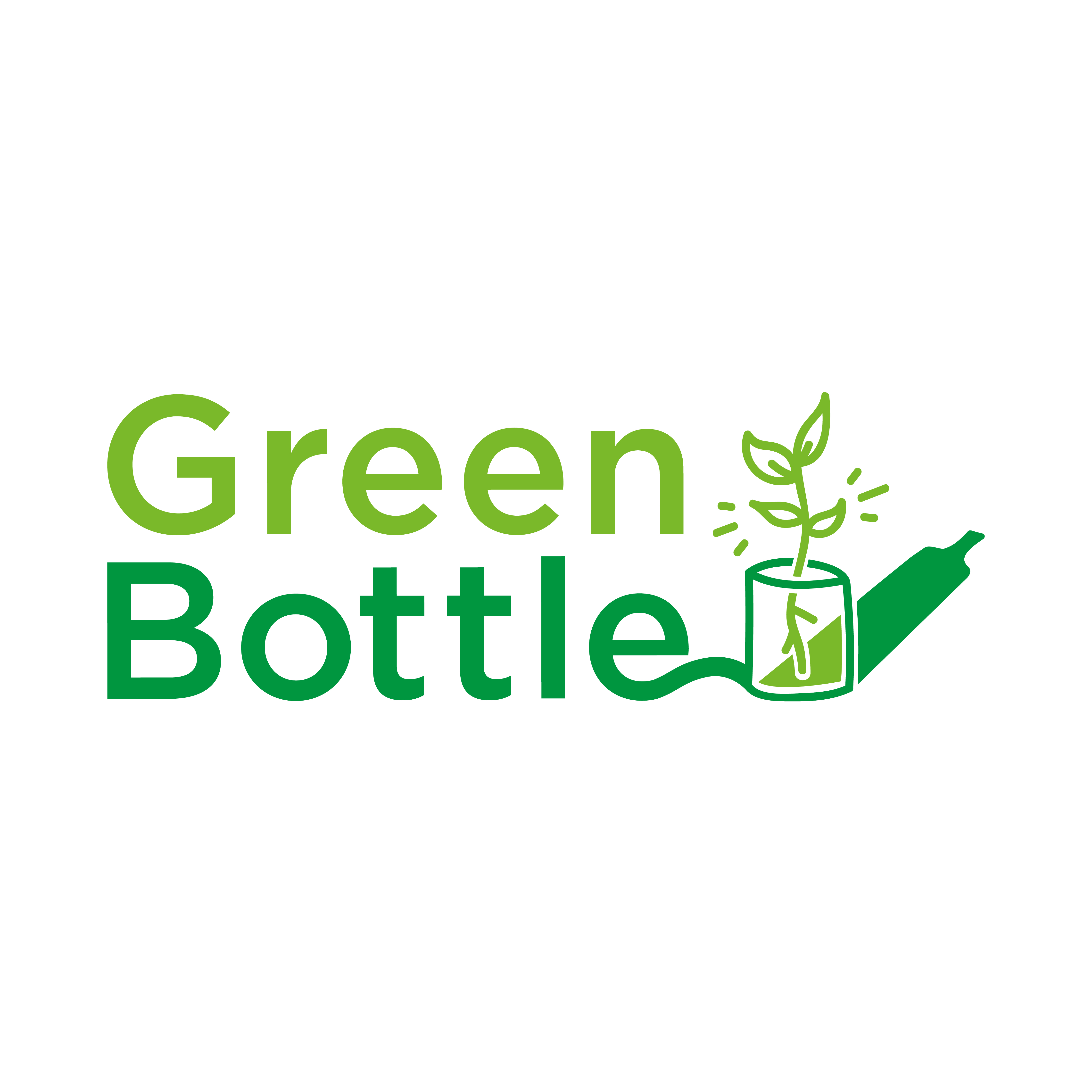 Works of Art by Larry Rackley. Available for purchase by contacting the Artist. For original paintings and new prints email: yellowfinlarry@gmail.com 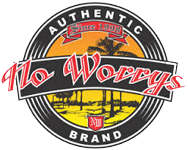 NO WORRYS IS A LIFESTYLE! SURFING, SUNSHINE & NO WORRYS! 1998 our company began offering clothing and many items that may inspire anyone to 'Enjoy The Lifestyle' we call NO WORRYS! Life is short so, have fun and 'Enjoy The Ride!' As long as there are dreams...there will always be NO WORRYS! Copyright © 2016 No Worry's site by Melomec Studios 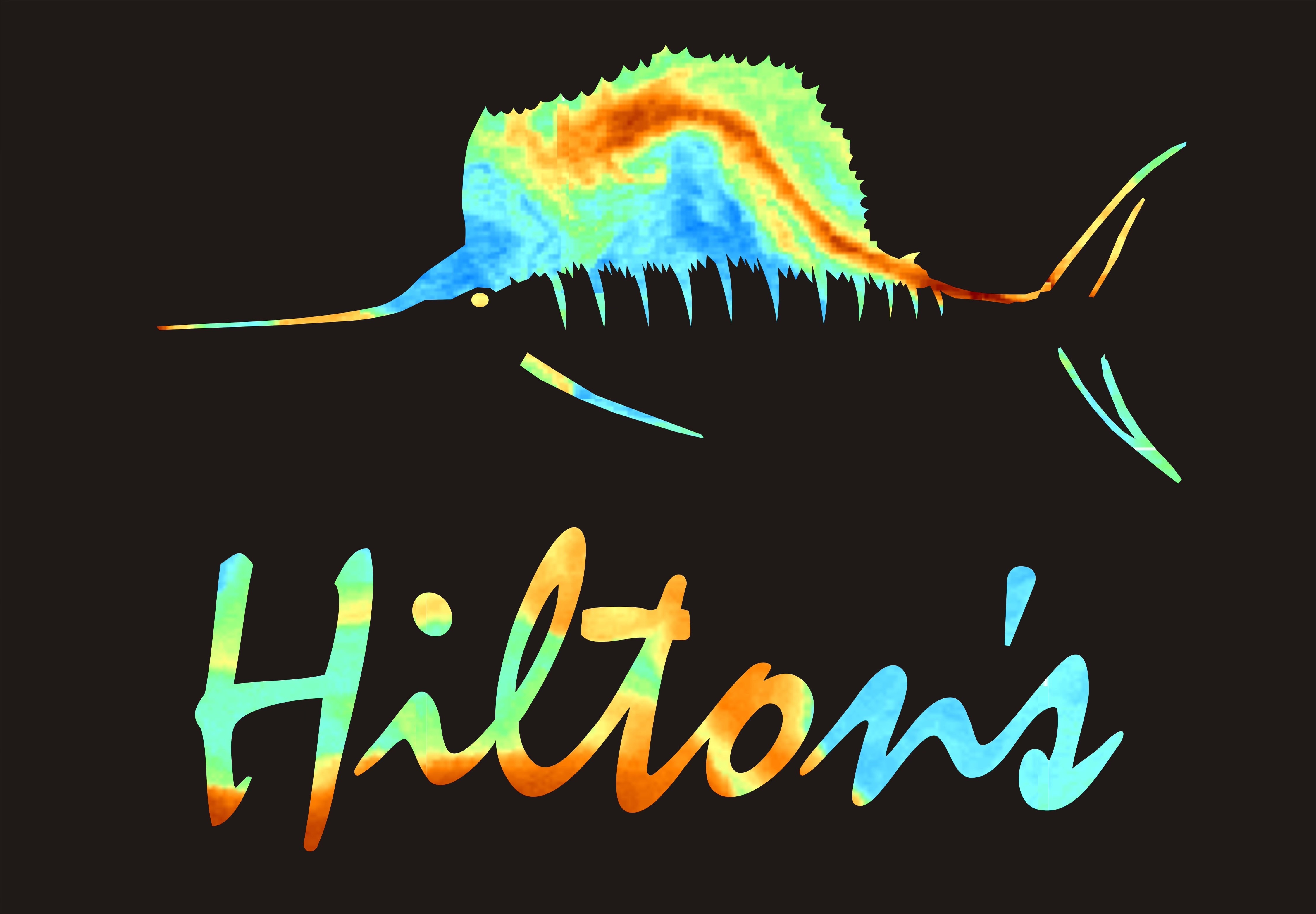 ince 2004, Hilton's has provided the highest quality online satellite fishing charts services on the market today – that is why the very best fishermen in the world rely on Hilton's product! 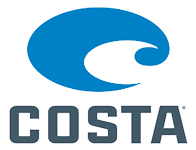 The Clearest Lenses on the Planet

We build the clearest sunglasses on the planet for those who live to be on the water. Born on the water and we're still inspired by it. We want to be on it, we want to protect it, and we want to inspire others to do the same. 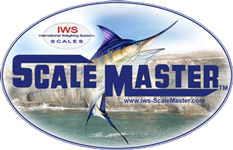 The Scale the Pros Use

We are passionate people expressing art, through in cinematic productions that absorb the essence of every idea, emotion, feeling, sensation, experience, and inspiration. We fuse these resources, awakening and stimulating emotion in spectator with photographic productions, filming, and musicalizing from an artistic perspective, unique, and unrepeatable. 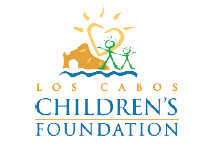 Our mission is to promote, strengthen and advance programs that have a focus on health and wellness for children in Baja California Sur, Mexico. We seek a better quality of life for the children.

The idea of the Los Cabos Children’s Foundation was born in 2002, thanks to Tom Walsh’s genuine desire to help children with cancer who lived in Los Cabos and had no options in the state of Baja California Sur where they could receive treatment. He never imagined then that his initiative, generosity, and commitment to help these children, would benefit thousands more in the 18 years that have passed. Bisbee’s is a proud supporter of the Los Cabos Children’s Foundation. The Children of Baja and the various other charities that depend upon the LCCF, need your support now, more than ever. Giving is easy, as the “Good Karma” program is completely facilitated by means of you donating a percentage of your winnings. No upfront cost and you will enjoy playing with “Bisbee Money” while your team is blessed with the “Good Karma” of helping the Children of Baja, while you catch the big one. 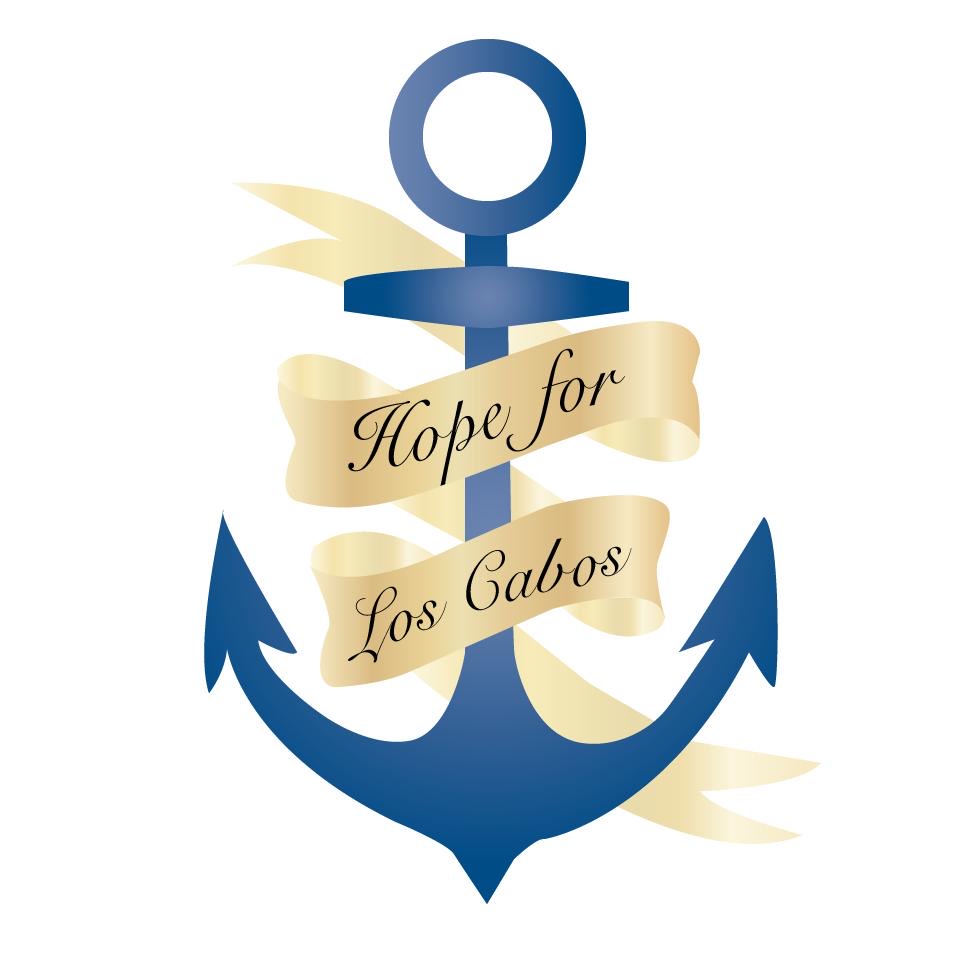 Bringing Hope to the Underprivileged

Hope for Los Cabos mission is to serve the underprivileged in Los Cabos and help bring hope to the hopeless. Through our Fishing for Food program we have provided over 200,000 pounds of fish to various charities, feeding centers, orphanages, rehab centers and families in need. Hope for Los Cabos is grateful for the Bisbee’s fishing tournament, who gives all the fish to us that come to the scale every year! 37,937 pounds received from the tournaments over the past five years. Through our Student Scholarship Program we provide education to K-12 students and university students with sponsorships from individuals. We feel education is the true generational game changer for those who live in severe poverty.

For Los Cabos Kids in Need

We wish all the Anglers a safe and successful tournament. Thank you for participating! As you coast along the shorelines taking in the beauty of Los Cabos, we encourage you to reflect on the many amazing experiences enjoyed in this destination. Giving back is just a few clicks away. Casa Hogar de Cabo San Lucas is a social assistance center providing fulltime care to currently 38 girls, boys and teens. 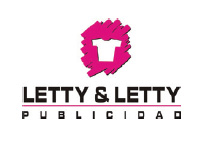 In Letty and Letty we are compromised with the needs and satisfaction of our clients, going further than their expectations offering products and services of high quality and warm attention.