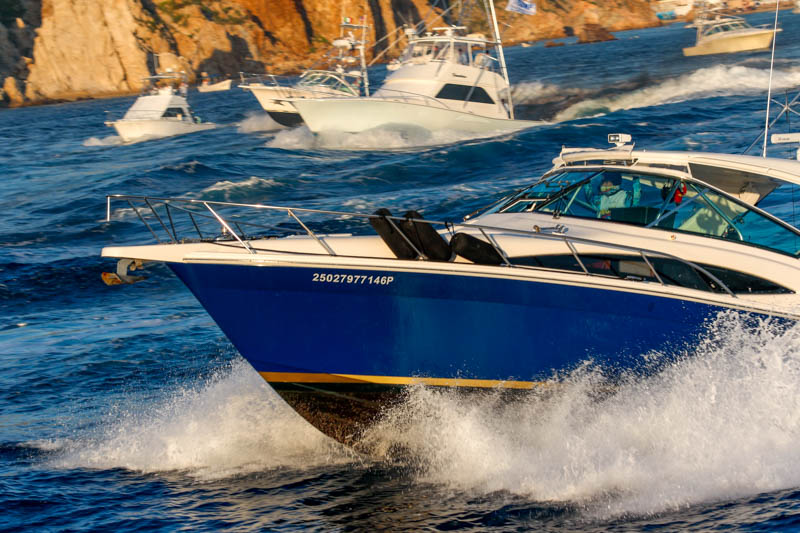 It seems like years not months since the world was assaulted by the evil “virus” – Covid-19 or coronavirus – in the early part of 2020.  The Pandemic demanded extraordinary action to prevent the disease from spreading, and in mid-June, the Baja Government officials took that action to combat the threat by closing everything, including all sportfishing except for those anglers who were fishing for food. This oppressive action devastated the local sportfishing industry.

The unpredicted result of the lengthy closure of the various fisheries when the normal pressure was diminished was that there was an almost miraculous resurgence of the marine resources.

After the fleets of boats were allowed to charter and fish again, the fishermen returned to their jobs, where most of the crews and anglers alike discovered that the numbers of fish were remarkable and the sizes of the different species were unbelievable. It did not take long for the visiting anglers to begin returning to capitalize on the phenomena.

Shortly after the reopening of sportfishing in early August, the Bisbee Family East Cape Offshore set a record for the largest number of teams in their 20-year history! The winning 704-pound black was the largest ever weighed in, and both “firsts” underscores the eagerness of teams to participate and validate the size of the fish being caught.

In the weeks leading up to the beginning of the robust tournament season in mid-October, fishing for offshore species has dazzled the slowly growing number of anglers from around the world who are finding their way back to Baja.

Double-digit and even a few triple-digit scores of dorado, both caught and released, have been a common recurrence, depending on the number of local fleet boats venturing off the Baja coastline from Cabo to Loreto. 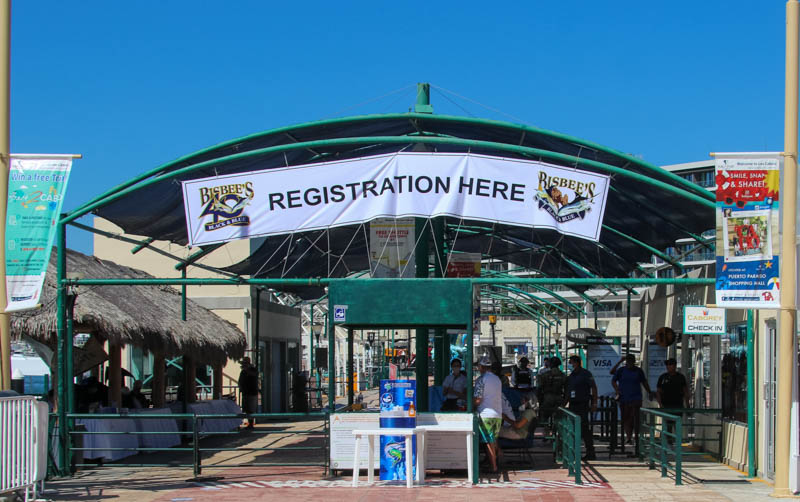 Thursday’s Registration at the API Cruise Ship Pier had several dozen Team representatives waiting patiently in line, with masks in place and carefully maintaining social distancing observing the Bisbee decals stuck 6’ apart to the pavement on the pier.

Government officials have been working with the Bisbee Team led by Clicerio Mercado who was coordinating the special masks, hand sanitizers, and portable thermometers needed to screen the team members as they arrived, as well as arranging the sanitizing crews when needed.

Throughout the afternoon, more and more teams continued to arrive, greeting each other in a new-normal way.  Observing the protocols set by the Government, each designated team member made their way, one-at-a-time to collect their swag and settle any registration issues that might need to be resolved.

The Bisbee tradition dictated that there were large coolers filled to the brim with plenty of cold beer and water. Of course, there were still those back and forth, guarded conversations where anglers sought to uncover the secret fishing dope, while at the same time, not giving their information away. A casual observer might believe that the covering of everyone’s faces was fitting!

By late afternoon, it became apparent that the number of teams enrolled was following the same pattern as the East Cape Offshore; the total number of teams signing up went north of 100, with still more teams waiting their turn. 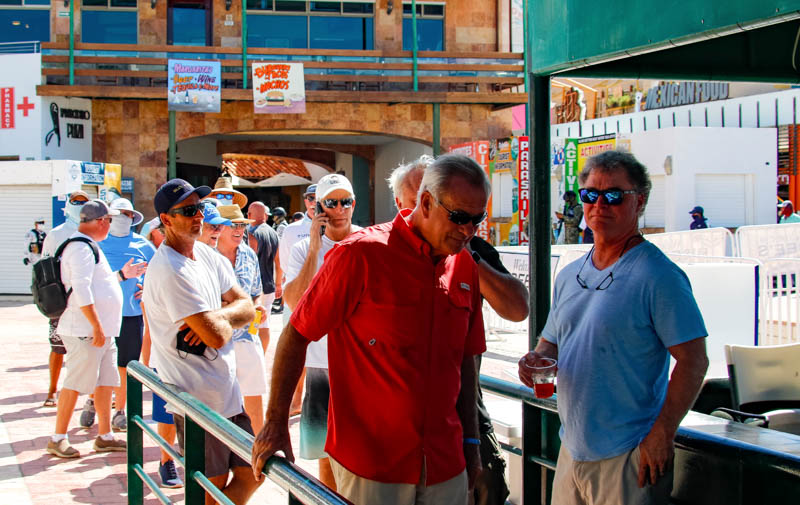 When LCO registration finally closed, and all the information was reviewed, the results were astounding.  The Bisbee’s Los Cabos Offshore Tournament broke last year’s record!  This was amazing as it was the first year the tournament purse broke $1 Million. With 10 additional teams over last year’s 118, this year’s field of 128 is competing for a purse of over $1.44 Million!

For the past two mornings, Cabo San Lucas has been bathed in a dazzling sunrise as the largest fleet ever to compete in the Los Cabos Offshore roared off in search of the brass ring hoping to fulfill their dreams of arriving at the scale for their thrill of a lifetime.

Day One fish to scale recap

The first boat to arrive at the scale on Day One was the Will 2 Win with owners Jeremy and Kimberly Wilmer, hailing from Bakersfield, Calif., aboard; along with Captain Elder Rosales; mate, Jason Scheer; and angler, Lori Scheer.  They had hoped to fish their new boat in the ECO several months ago, however, the escrow on the purchase of their new boat failed to close in time.

Although the crew had measured the black marlin, believing it was a qualifier, several of their friends on other boats had cautioned them that their catch might not make the minimum weight of 300 pounds. 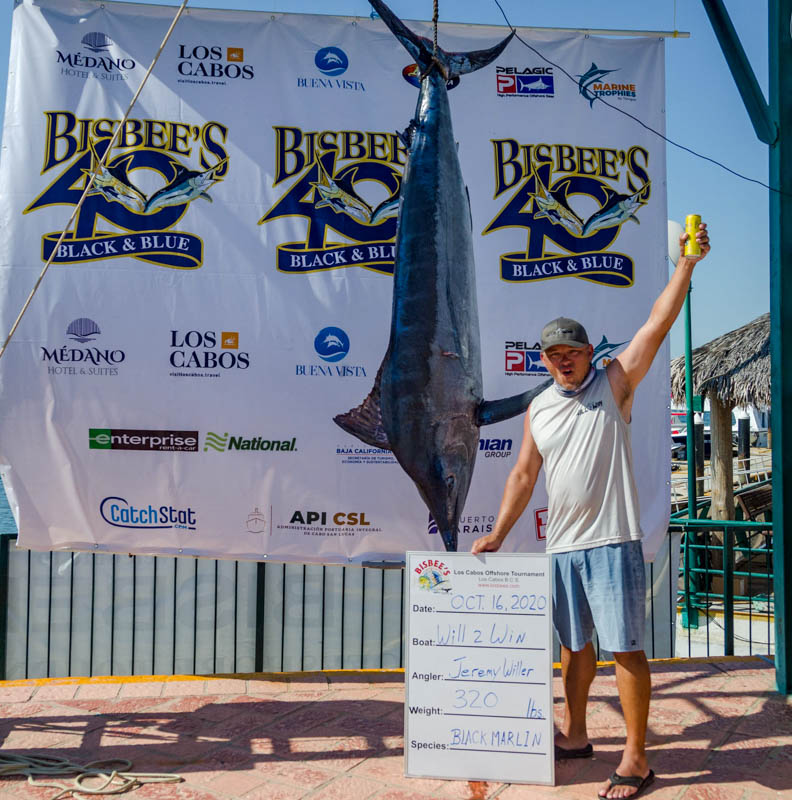 As the big fish was hoisted onto the cart, the tension was palpable as to whether the blue marlin would make the weight. With the scale zeroed, the weigh station crew nervously stepped back, carefully maintaining social distancing, as Jack  watched the digital scale’s display settle and stopped. When Jack declared the weight was 320 pounds, the entire team roared through their masks!   Although barely making the minimum weight, the fish still put the team in the lead across the board, except for the $5,000 category.

Meanwhile, Captain Felipe Robles, aboard the Sporty Game, had notified Tournament Control that they had boated a blue marlin and were on their way to the scale. With team members Steve Kaiser, angler; George Landrum, angler; Carlos Rodriguez, mate;  Jacob Rodriguez, angler, and owner Dan Lewis on board.

The Sporty Game Team has the distinction of being one of the 19 teams in the Millionaire Club qualifying with their second-place win of $1,682,612 in the 2014 Black & Blue. Could lightning strike twice? 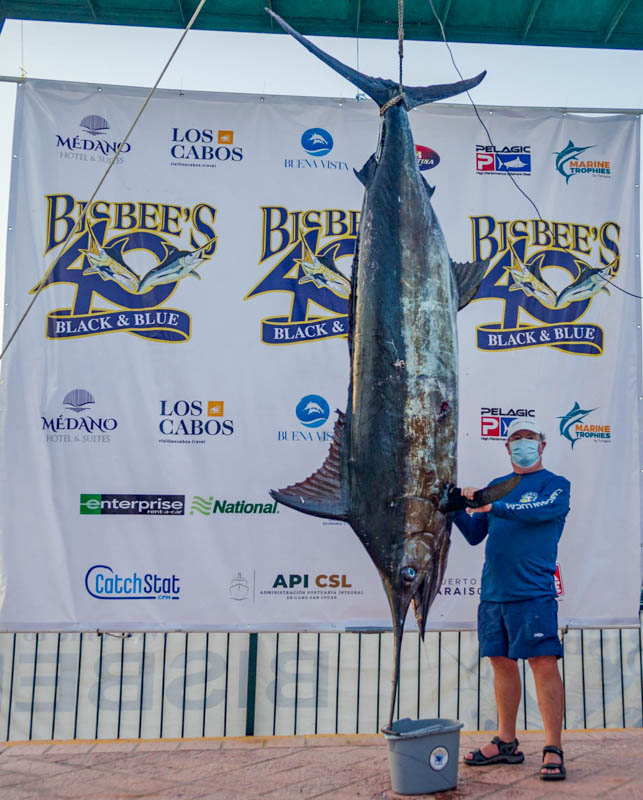 The sportfisher tied up at the dock with the monster fish on the deck dismissing any notion that it wasn’t a qualifier! The question was – how much would it weigh? The boat crew joined the weigh station crewmen handling the huge fish on the cart.

At the scale, there was an eerie quiet as it was hoisted high enough to weigh. For the second time that day, Jack stared at the digital scale as the numbers settled. His voice grew louder and louder as he read off the numbers on the scale… five hundred, fourteen pounds – confirming that the “Sporty Game” gang was “in it to win it” with the largest fish of the first day! 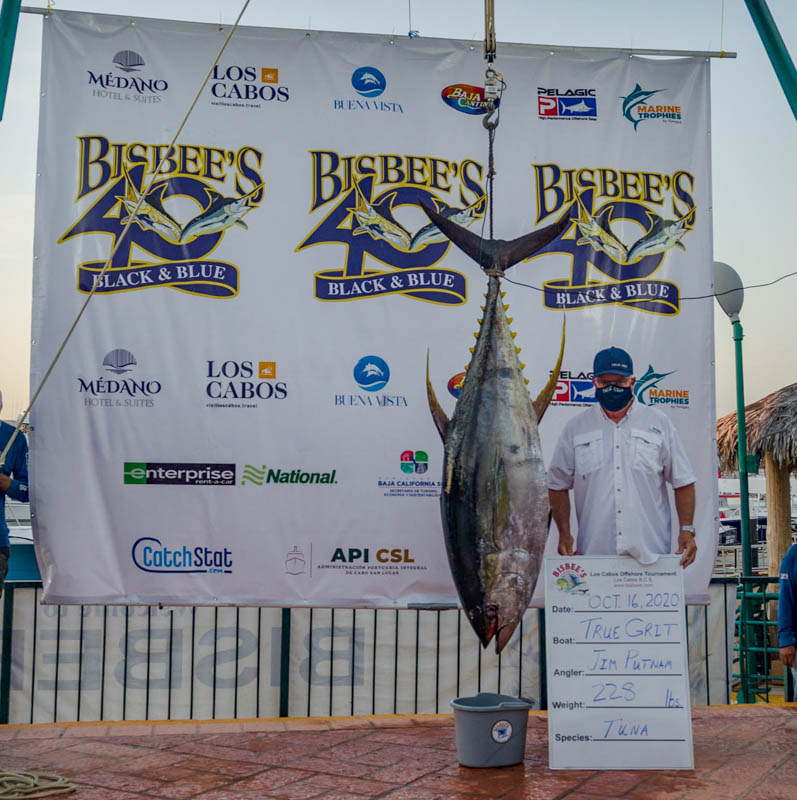 Another member of the Millionaire Club, True Grit, owned by Jim Putman and captained by Tommy Neikirk, with team members, Rey Aguirre, angler; Boyd Decoito, and Kai Hoover was the next to arrive with a fish. They were well-known for their billfish exploits. Last year True Grit was one of three teams that were awarded checks over a $1 Million in the Black & Blue Tournament.

This year they arrived at the weigh station dock with a cow-sized yellowfin tuna that filled the trashcan where it was loaded!

When weighed, the enormous tuna was a respectable 228 pounds!  It would take a monster tuna to knock it out of First Place in its category. 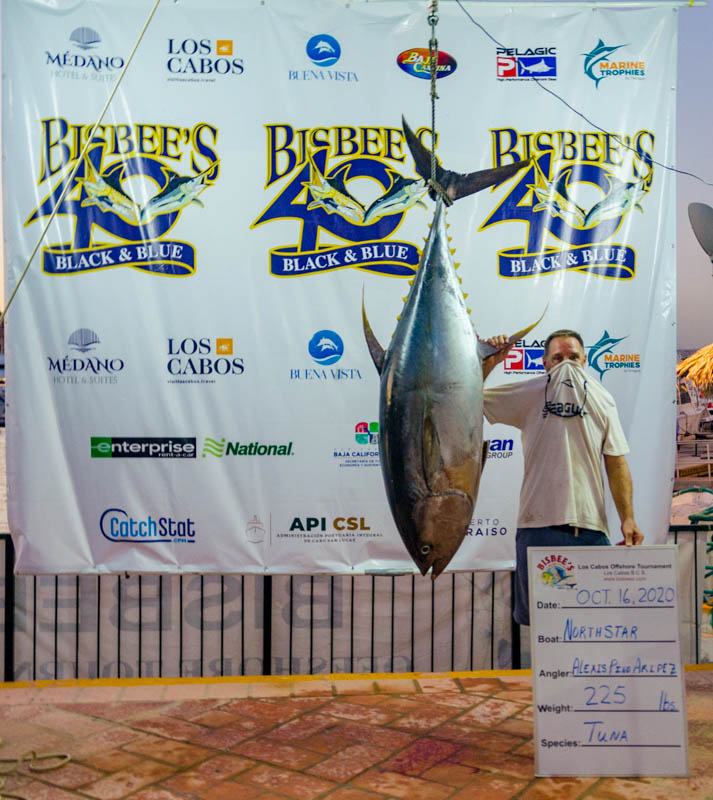 This team is legendary, well-known for its yellowfin tuna exploits as well as for dominating the “yellowfin tuna category” throughout Baja Sur. Whittier observed, “Maybe we will win by three pounds with this fish to soothe the pain of losing by three pounds at the East Cape Offshore earlier this year.”

But fortune didn’t smile at them at the scale.  The “three-pound curse” continued as the yellowfin amazingly weighed exactly 225 pounds. (The winning fish was 228). Undaunted, the North Star Team vowed to be back on Saturday to dispel the jinx.

Saturday is the final day of the Los Cabos Offshore and while the number of fish brought to the scale was light, the billfish release division was busy all day!  STAY TUNED for the outcome.

Follow CatchStat for up to date reports throughout the day.