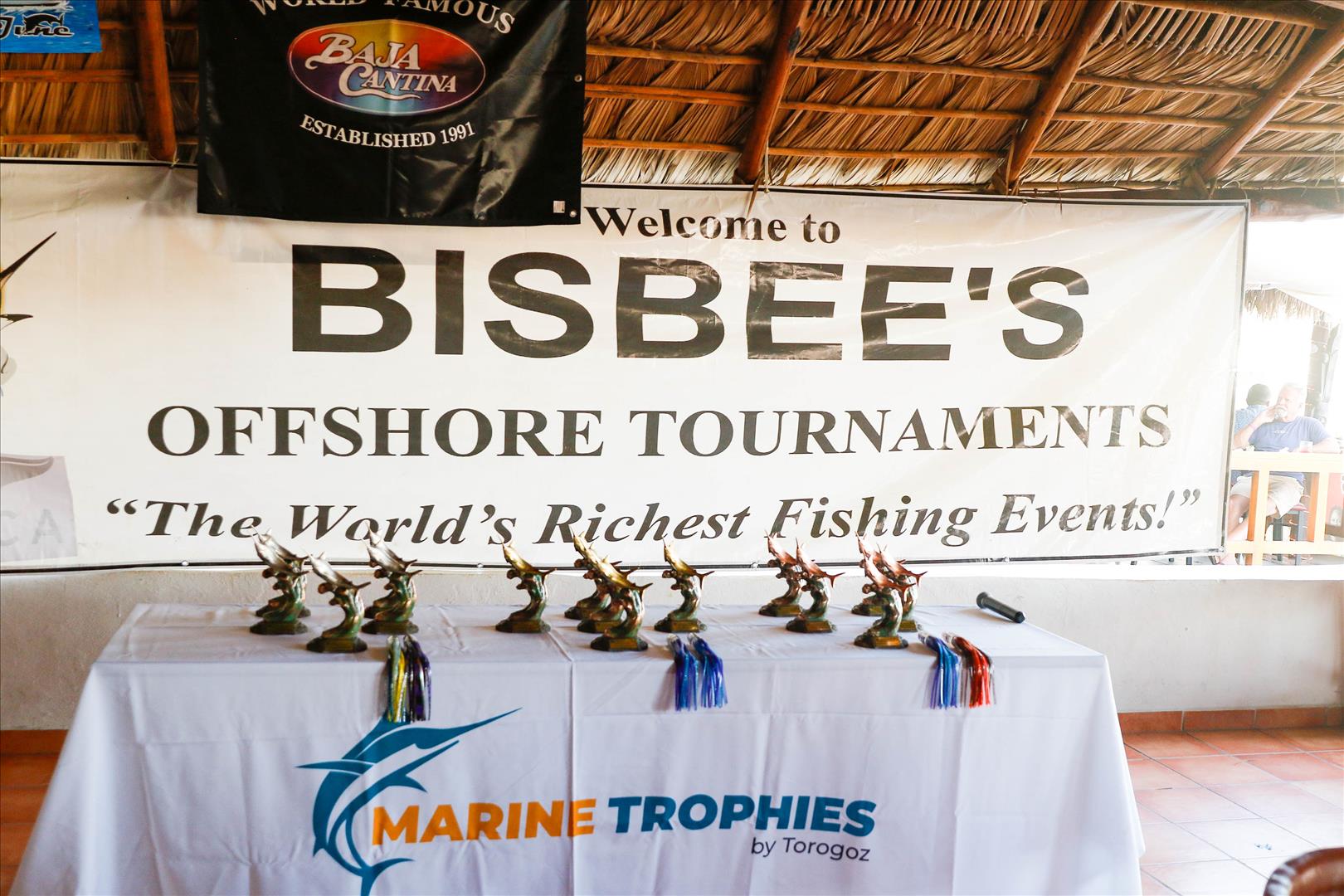 Baja Cantina was buzzing Saturday night when Wayne and Tricia Bisbee began the abbreviated awards’ program honoring the Top Release teams of the Bisbee Black & Blue tournament.  Observing that there were fewer trophies than he had expected on the table, Wayne Bisbee commented, “I gotta’ say it’s different…a lot different.” 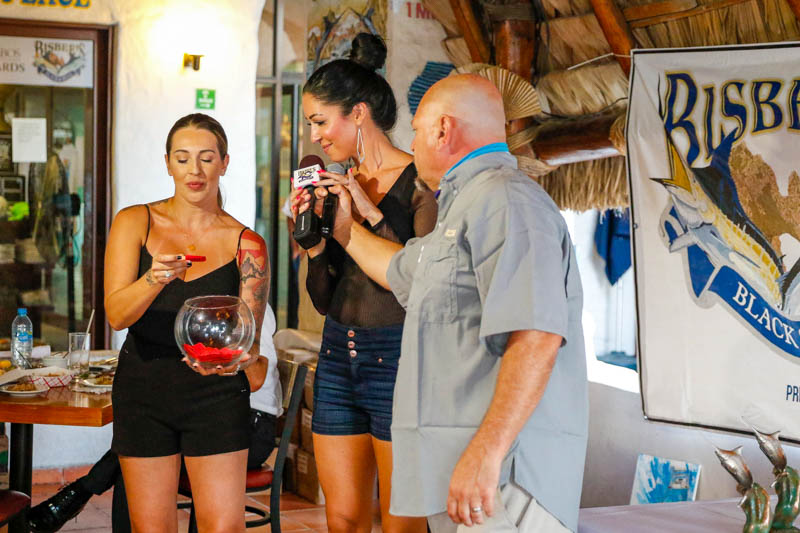 To kick off the night, Michelle Radzwilla and Jordyn Busby did the honors by drawing the Early Bird Winner, 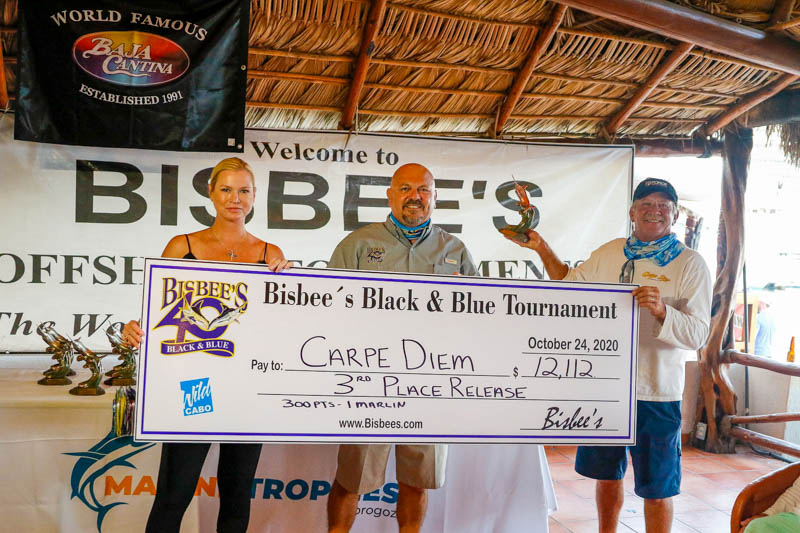 Then Bisbee called the Third Place Winning Team in the Release Category to receive their award.  The Carpe Diem – Rodney Chatham, angler; Juan Manuel Estrada Toledo, angler; Chris Hamm, angler and mate; and Thomas Chatham, angler.  They received a check for $12,112 along with trophies. 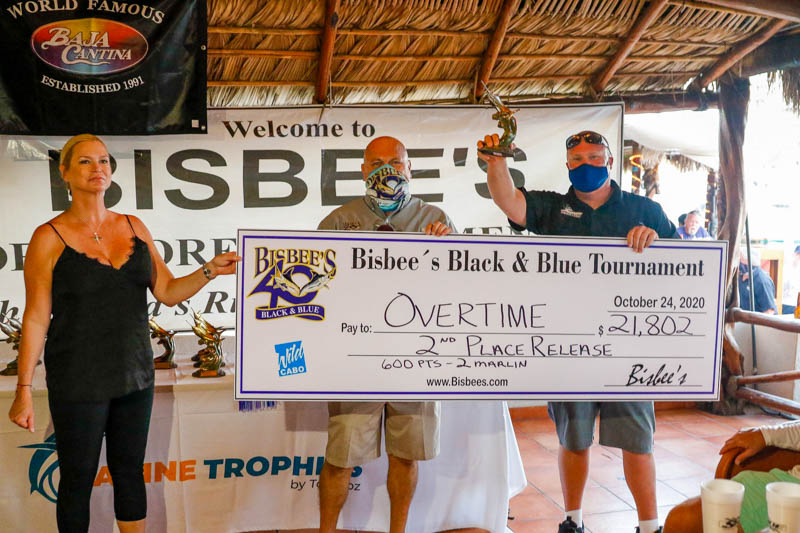 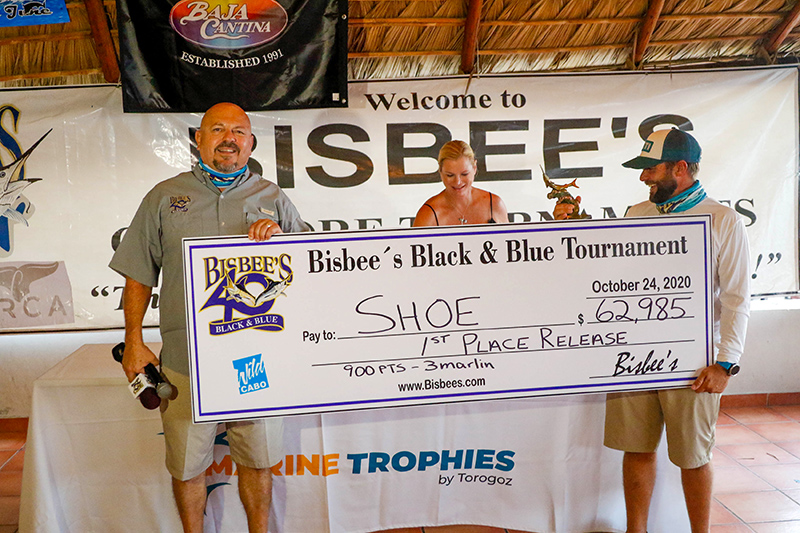 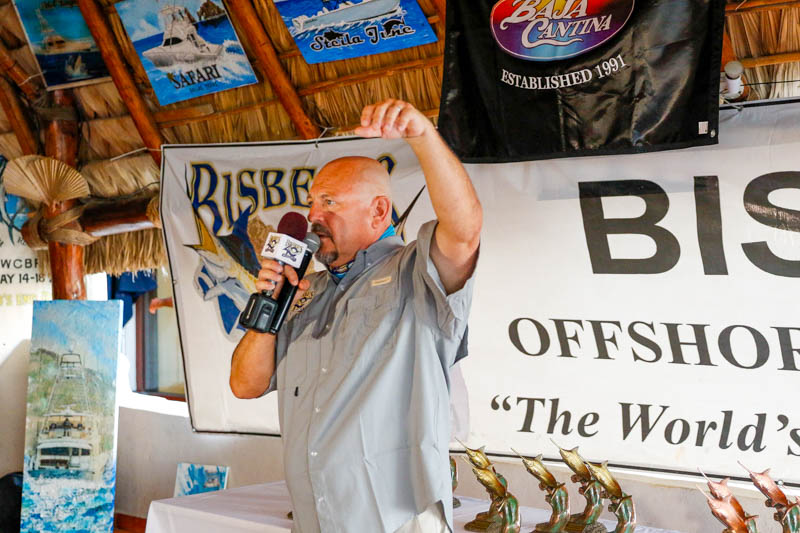 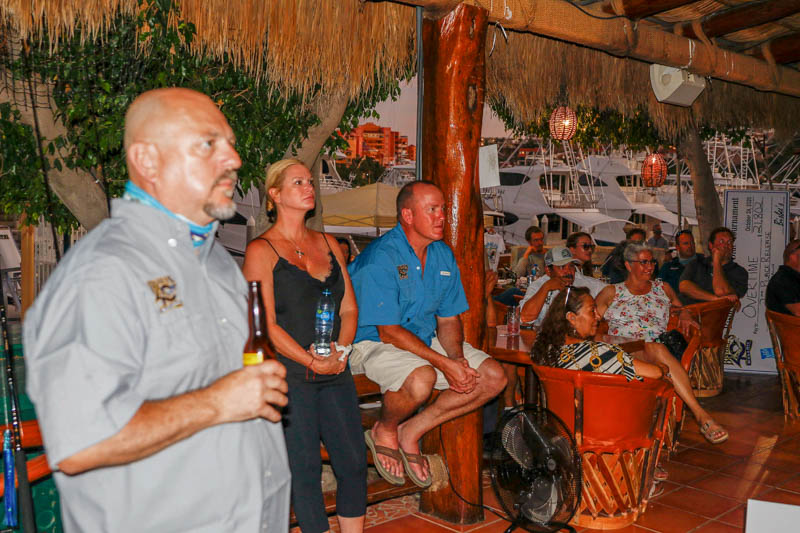 This was a moving sentimental overview looking back to the early years when Robert “Bob” Bisbee first began the tournament in 1980. The video drew and held the rapt attention of a crowd at Baja Cantina from start to finish, offering a unique perspective from the beginning to now of Bisbee Family Tournaments, that began with one group of friends and now offers THREE tournaments each year with payouts of over MILLIONS of dollars in prize money.

Bisbee closed the evening by thanking everyone for attending. “The B & B was a challenging tournament, even for “the best of the best” of our champion tournament competitors. I would say that this year, the winners were the billfish!”

“Then in closing, he invited everyone to enjoy their dinners and the camaraderie of their fellow teams.  He concluded, “We look forward to seeing everyone next year at the unique Trifecta of Tournaments in Baja – the “East Cape Offshore,” the “Los Cabos Offshore,” and of course the “Bisbee Black & Blue,” the largest Billfish Tournament in Baja.”