The 2-2 Fantastic ECO kicks off with a Flourish 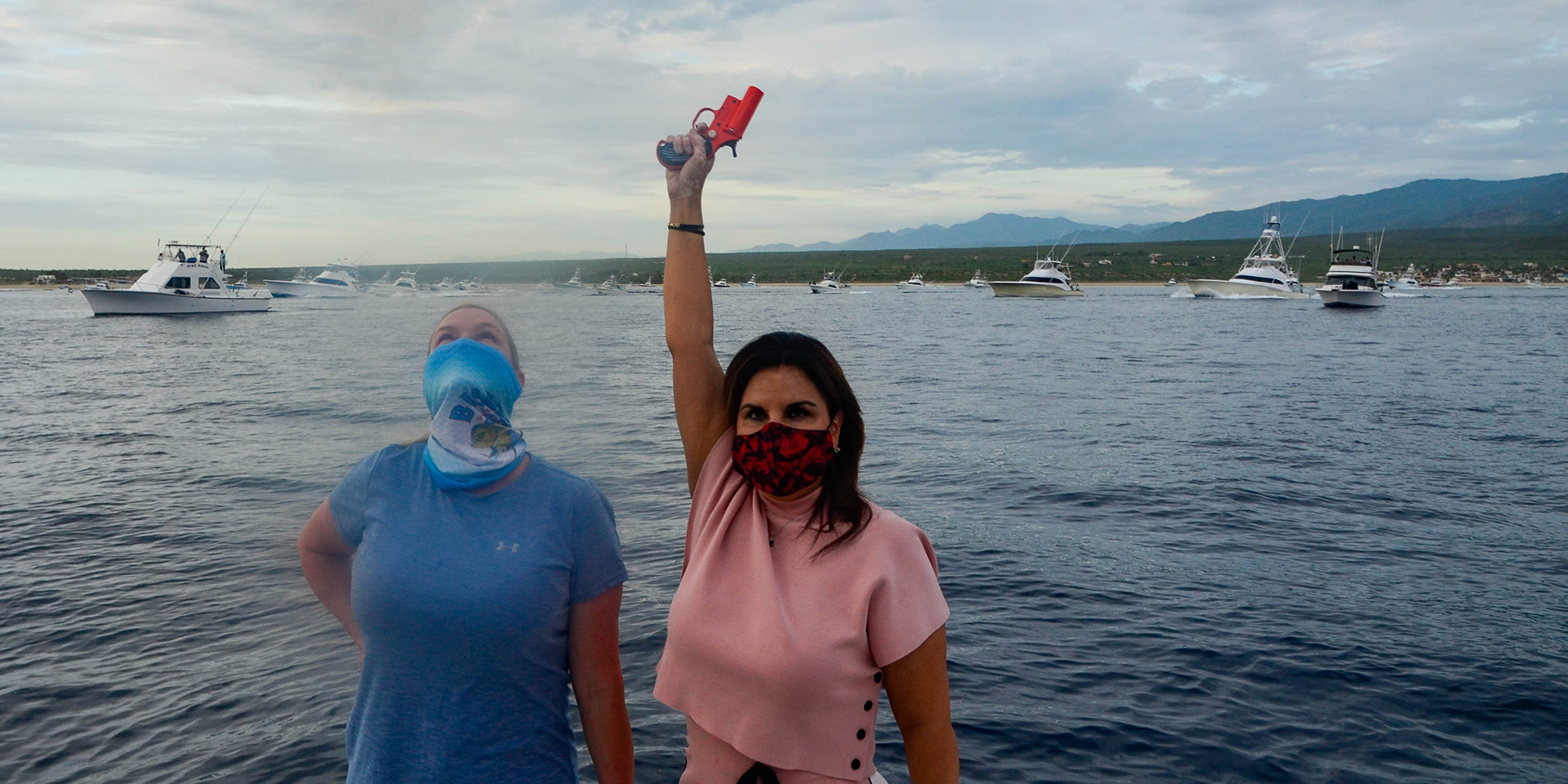 For the last month, the Bisbee Team has kept their eyes glued to CatchStat.

At first, the number of teams registering for the East Cape Offshore Tournament began to inch up slowly, then plateaued in the 30 team range. The Bisbee Team relaxed, understanding that everything was in place, and the event was on track to reach last year’s record-breaking 72-team event.

As the dates grew nearer, to everyone’s surprise, the number of teams continued to climb to more than double last year’s “pre-registers.” By the time the Team arrived in Cabo the weekend before Registration, the numbers were in the dizzying high 60s, and social media vibrated with outlandish predictions, some even reaching triple digits.

Axel Valdez, the owner of the host hotel, BUENA VISTA Oceanfront & Hot Springs Resort, Clicerio Mercado, and local government officials, met to ensure that all the required COVID-19 protocols were addressed and adopted for the upcoming East Cape Offshore Tournament.

As the Team filled the bags with swag, the group guessed how many teams there would be. Some were certain that the team number would be in the 70s; others thought 80s. However, as the number kept creeping up, the excitement grew, and when it exceeded last year’s record number of 72, the crowd cheered.

Of course, everyone socialized as they greeted old friends and met new ones. Regardless of the protocols, everyone seemed delighted to be out and about and not cooped in.

John Dominic and his Team Sirena, past winner, volunteered that he and teammate Mike Hennessey had found conditions good during their pre-fishing. He went on to say that he thought this year would be quality over quantity, and he predicted there would be a qualifier each day.

BUENA VISTA Oceanfront & Hot Springs Resort prepared their elaborate buffet served on the beach under the stars while being  entertained by the “Ukulele Beats” duet entertained the diners.

Wednesday morning at exactly 7:30-a.m., 100 boats responded to the red flare streaking across the sky fired by Cabo San Lucas Mayor Armida Castro, by roaring off in search of a qualifying BLUE OR BLACK MARLIN WEIGHING 300-POUNDS, A DORADO WEIGHING 30-POUNDS OR A TUNA WEIGHING 40-POUNDS.