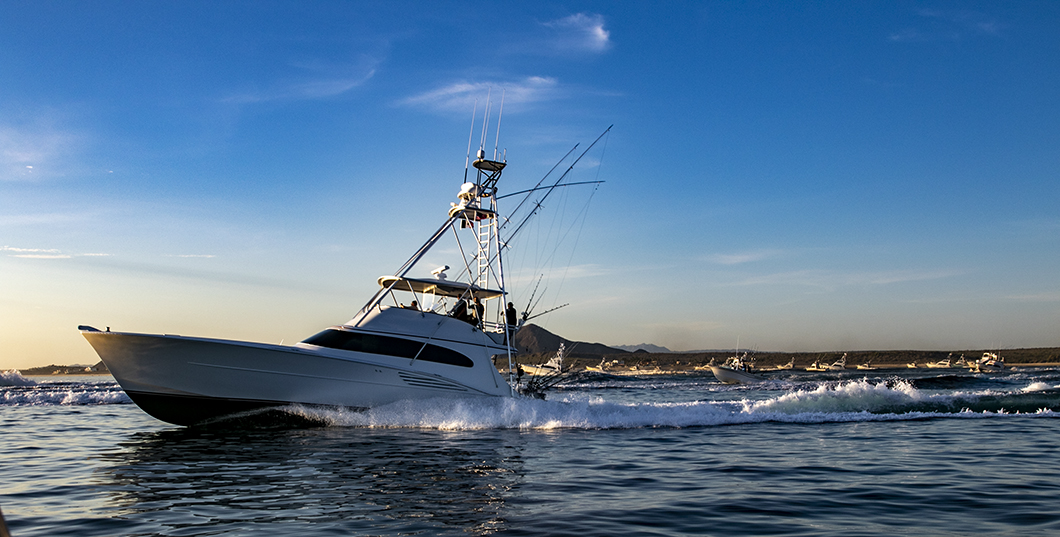 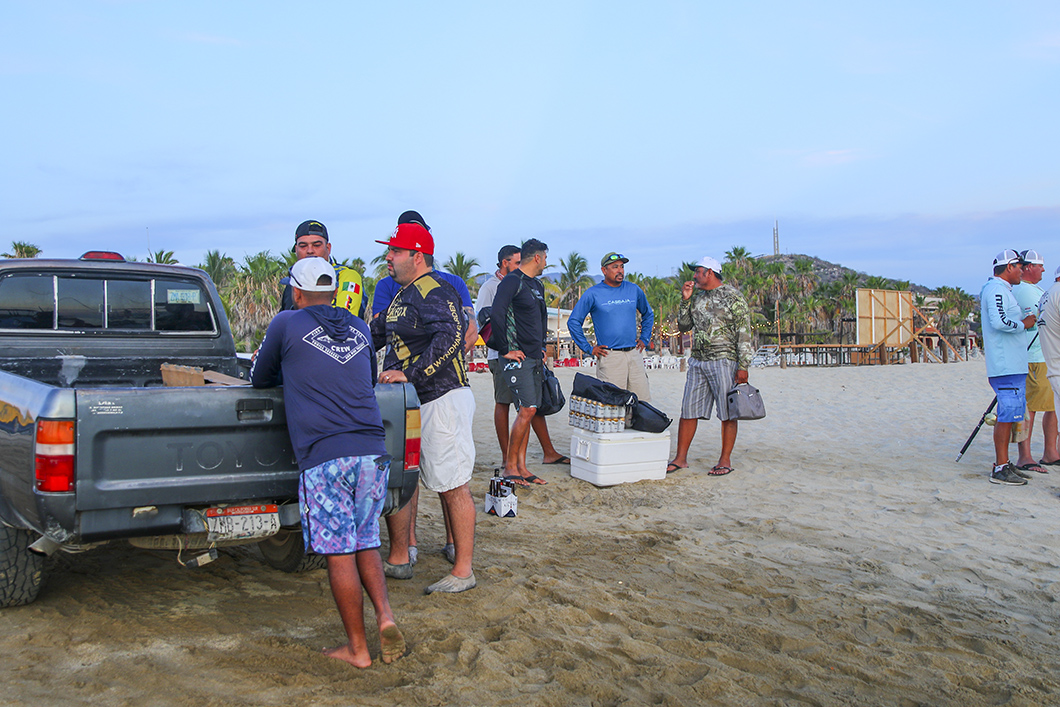 The sun was already rising as Bisbee East Cape Offshore Teams gathered on the beach before boarding their boats. Anglers, captains, and crew pondered their options. Should they head north, south, or straight out? The largest group chose to follow the coastline north toward Los Muertos, while others headed farther offshore, and a handful headed south in search of a qualifying billfish.

Tournament Radio Control's Axel Valdez observed that Thursday had been much more active as some boats found the dolphin, having had the patience to wait for a 30-pound qualifier.

The Teams total catch each day increased from 57 overall on day one to 89 on day two. 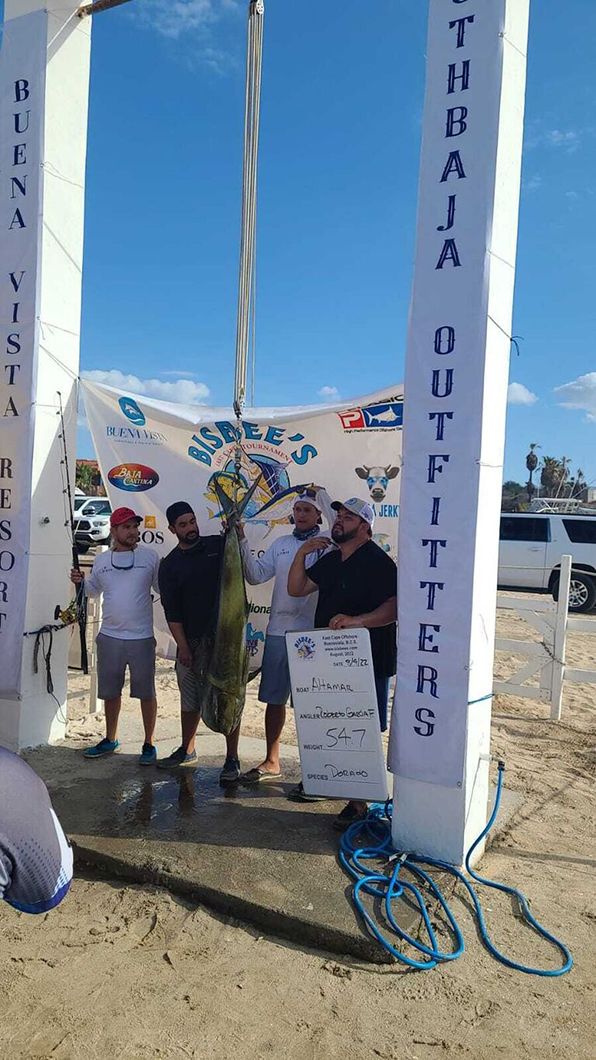 The good news was that all category species were accounted for by the time the scale closed on Thursday! 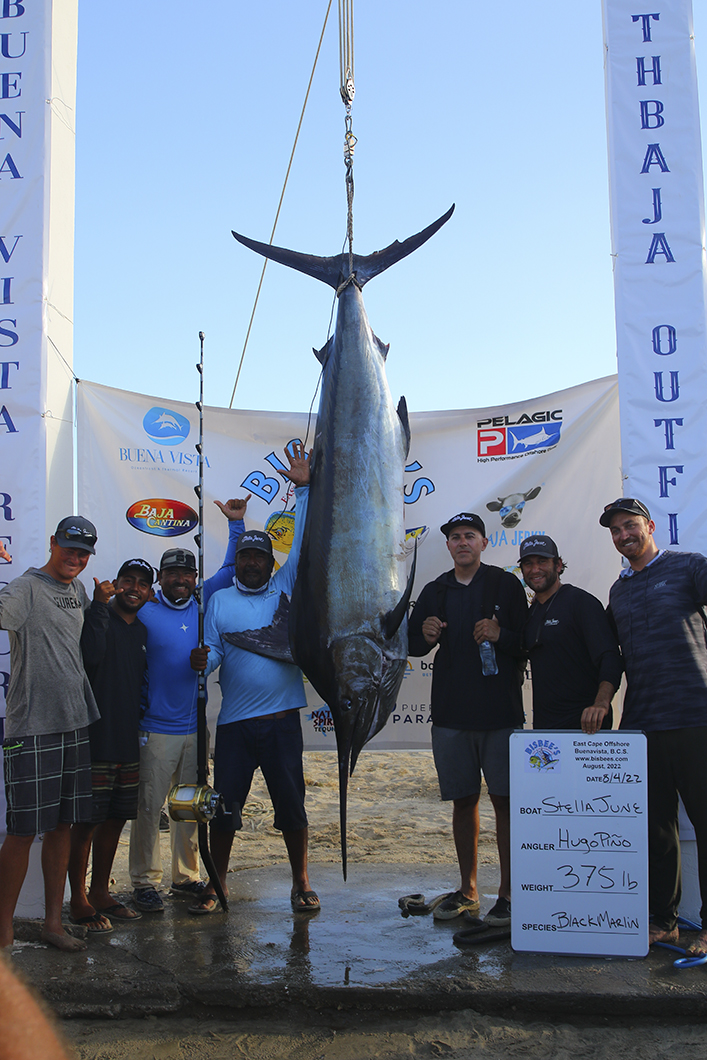 Long after lines out, Team Stella June arrived with a black marlin that was the first qualifying billfish to be brought to the scale during the first two days of competition. The usual debate, "Would it qualify?" ricocheted through the enormous crowd of spectators. The noisy debate continued as the scale was zeroed, and the giant fish was hoisted up. Seconds went by as the numbers settled on the scale and stopped. "THREE HUNDRED AND SEVENTY-FIVE POUNDS," Wayne Bisbee declared.

The Stella June crew and anglers rejoiced as everyone congratulated Hugo Pina, the angler who caught the winning fish. Pina hooked the fish at 4:24-p.m. and, remarkably, landed it less than an hour later. 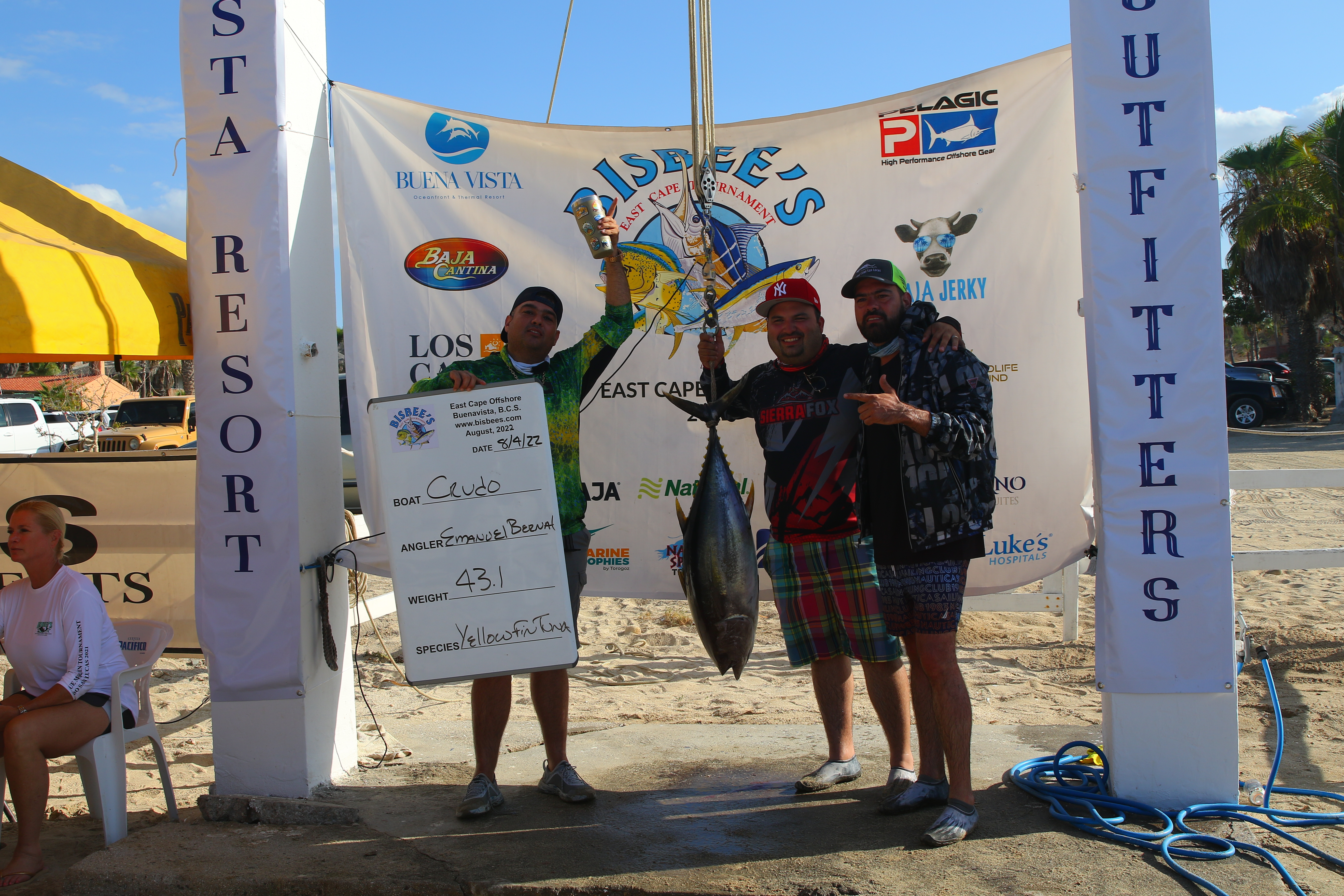 The final fish of the day to be weighed in was Team Crudo, which was the first yellowfin tuna of the event. Much to the delight of the spectators and Bisbee Weigh Station Team, the tuna weighed 43.10 pounds – well over the qualifying weight, guarding them a trip to the stage at the Awards dinner on Saturday Night.

The final day's start went off without a hitch as Bisbee fired the flare gun, sending the ECO Fleet off in search of a winning fish. As a side note: Thursday's action had convinced a sizable portion of the fleet to go south.

When I quizzed John Dominic, Team Sirena, who favors the area down south, he replied, "There were only three boats there, and Stella June found the winner."