Close But No Million 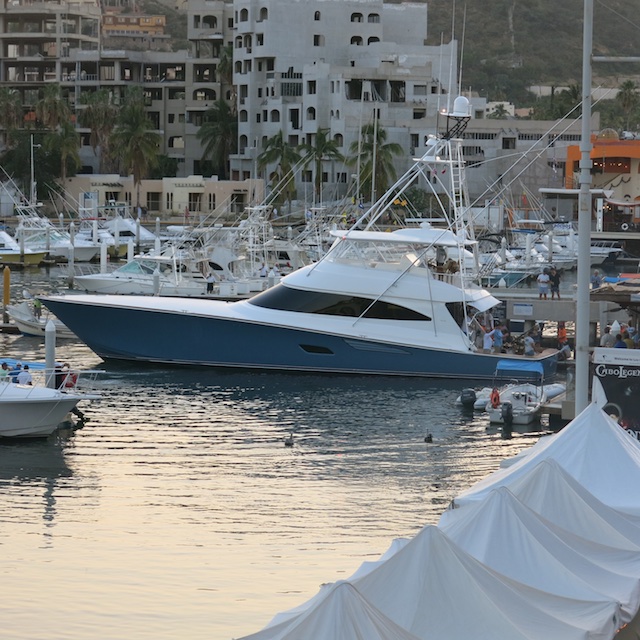 The Bisbee’s Black & Blue, presented by Orca Coolers, is well-known as the world’s richest sport-fishing tournament. But for those who have competed in or followed the event over the years, it’s also known for its high-stakes drama. Many a winning fish has come to the scales in the last day or last hour throughout the B&B’s 36-year history. So Wednesday’s scenario on the first day of fishing added a somewhat early twist.

Hooray reported a hook-up shortly before the 5 p.m. deadline for lines out. The fish was boated after a brief battle and Hooray began the run from the Sea of Cortez back to the Cabo San Lucas marina. And that set the stage for the ensuing theatrics.

With 121 boats vying for a $3.5 million-plus overall jackpot in this year’s contest, the stakes are high and Hooray was entered in all the optional categories. No other blue or black marlin had been boated either, despite steady reports of hook-ups all day long. So if Hooray’s fish exceeded the 300-pound minimum qualifying weight, it would be worth a cool $1.3 million.

The crowd, already whipped into a frenzy after clamoring for beads tossed by the tournament staff, waited for the sleek 80-foot Viking to back up to the weigh dock. The cart carrying the potential million-dollar fish wound through and parted the crowd like a curling surf wave. Angler Kenneth Padgett led the procession, his stout conventional bent-butt rod and reel in his good right hand. His left, broken and pinned, was in a blue cast, yet he had somehow cranked in the fish. Would his Herculean efforts pay off?

Weigh Master Jack Teschel zeroed the register and activated the scale. Nearly everyone at the Puerto Paraiso Mall was holding his or her breath. The verdict was shouted out for all to hear—“Two hundred sixty-seven pounds!” It was close, but not good enough. Padgett stared at the long but skinny blue marlin in disbelief. The typical Bisbee’s script was marked through with a red pen and tossed aside for the next scene.

“I released another marlin and we lost two more, including one about 30 feet from the boat,” said team mate Mark Mitchell afterwards. “Those fish were hitting from 1 to 3 p.m. on that full moon. We’re on ‘em and we’re going to come back here and win it tomorrow.”

Despite what might have been, the reality was still very encouraging. Eighty-seven billfish were caught by the 121-boat fleet on Wednesday, including 62 blue marlin, three blacks, 20 striped marlin and two sailfish. El Suertudo leads the Release Division with 900 points based on time. Last year’s champion Tranquilo and Reel Quest also have 900 points while seven boats are tied with 600 points apiece.

The lights, camera and action resumes again Thursday morning, accompanied by Meat Loaf blasting out from the Baja Cantina tournament start boat stereo. It’s time for Act Two in the next episode of Season 2016 Black & Blue. Tune in to find out which boat will motor up to the big stage and into the brightest spotlight in the sport.