Take a Time Out 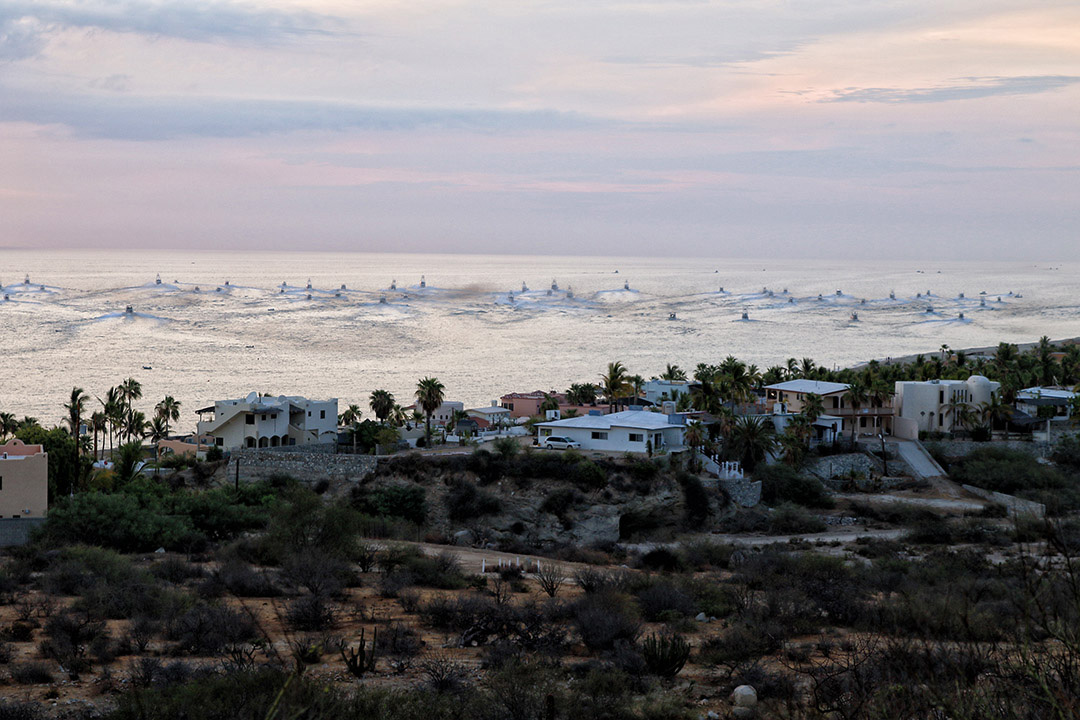 “Sixty to almost zero in one day,” chuckled, David Garcia of CatchStat. And that pretty much sums up the first day of the Bisbee’s East Cape Offshore tournament.

The blue marlin that dominated hookups on the first day, slowed to the point that the striper bites outnumbered the blue and blacks. It wasn’t until late in the day, after lines-out, when David Thornton of Team Outcast hit the scale with the only qualifying marlin of the day. Thornton’s fish squeaked by the minimum weight by 9-pounds -- a 309-pounder -- securing the dailies in the Billfish Category for the team.

The Release Division has both Team Tijuana and Team Retriever in a dead heat at the Flare Gun start this morning with the always competitive “Reel Quest” trailing in third place.

Dorado, missing on the first day, did show up on the second day when they might receive a bit more attention.

Tom Hughes, Team Jones Fish after fishing the WON Tuna Jackpot in Cabo San Lucas افضل المنتجات الكورية for two years and placing third last year, decided to give the ECO a shot this year … and it seems to have worked out pretty well for him and the team. Since they were in the dorado jackpot, their fish the second day was the first of the event and as no dorado had been caught in that division on the first day, they are in line to receive both days’ jackpots at the awards on Saturday night at Hotel Buenavista Beach Resort.

Meanwhile, a mere seven minutes later, Team Tag Team’s Hunter Heryford arrived at the scale with a 39-pound dorado that would be the largest of the tournament thus far, though they were not in the “Gamefish Division.” Heryford managed to lure it in on a “Zucker” black and purple in a click under 30-minutes, their only bite of the day.

The most action at the weigh station on Thursday was undoubtedly the yellowfin tuna.

Dan Steimle, Team Awesome, arrived with not one but two fat tuna in their kill sack; the heaviest at 67.2-pounds.  Ruiz’s YFT edged out Roberto Aviles Cota, Team El Cardonal’s 61.4- pounder along with another 58-pounder caught by Chuy Castro Rosa of Team Camacho Loco.

Later that evening, what would become known as the “1st Annual Poker Chips Ahoy” event served to dispel that pent-up frustration most suffered from a “time out” day. Rumor has it that there is another one planned for the Los Cabos Offshore in October. If that sounds like a plan to you shoot us an email.

So day 3 begins with a clean slate. Time will tell what the tournament fleet will fill it with and what team will find the right combination to get to the scale with a qualifier.