Bisbee Tournament Big Fish (and Big Bucks) are On the Line 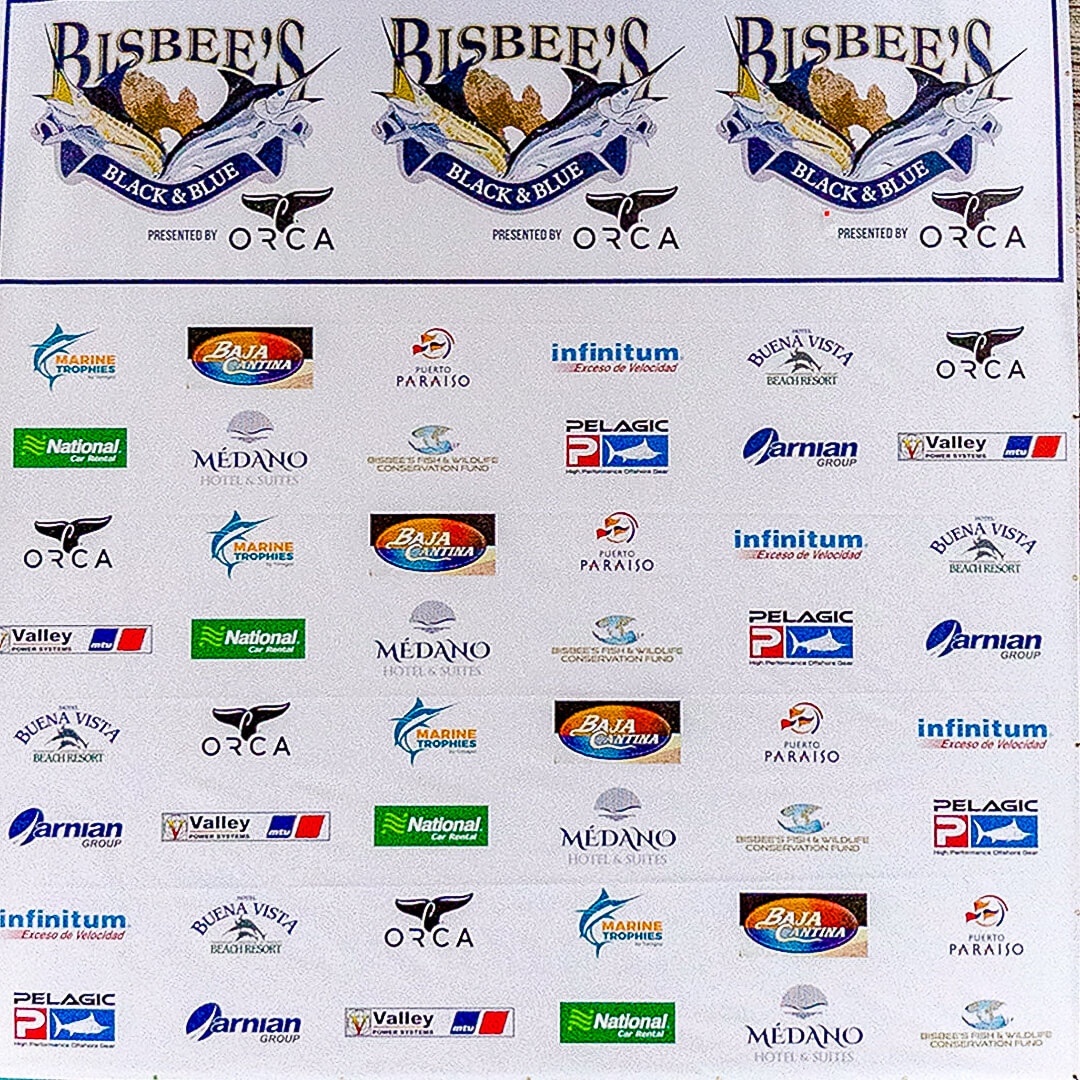 Anticipation soared, and the excitement built as many boats and teams arrived for the upcoming Bisbee tournaments. Their mere appearance in Cabo was the promise of fun-filled days ahead for locals and visitors, veterans and newcomers alike.

As “newbie” and seasoned teams exchange pleasantries, both hoping to acquire more information than they give, they browsed a lineup of sponsor booths with their tables full of products, banners, flags, decals and brochures.

The nuts and bolts of the event probably do not seem terribly exciting to those who are not registered for the tournament, yet locals and tourists, many of whom with no clue as to what the crowd is all about, join the entrants, sensing it’s a “Baja Happening” worth seeing and being seen at.

Beginning on Day One, nearly every day is filled with activity.

3 - 7 p.m. Registration and distribution of team bags at the Puerto Paraiso Mall.

The Los Cabos Offshore Cocktail Party provides the first opportunity for teams to size up the competition for the event that has outgrown its nickname, “Baby Bisbee.”  It was a name Bob Bisbee came up with when the idea of turning those two days devoted to pre-fishing into a sort of “gentleman’s bet” among the entrants with the money going to the winners catching the largest billfish plus dorado, yellowfin tuna and wahoo.

Today, the format is more like an informal affair that has become popular and seems sure to eventually eclipse the “Black and Blue” in number of teams participating, according to Wayne Bisbee.

Both mornings will find all teams mustering in front of the Lands’ End rocky cliffs for the thrilling shotgun start which is always a crowd pleaser for both participants and spectators.  The starting flare will streak across the Baja sky at precisely 8 a.m.

Watching the teams race across the Pacific or up into the Sea of Cortez where they believe there is a winning fish awaiting them is a rush for all!

2 - 9 p.m. Weigh Station is open in front of the Puerto Paraiso Mall.

It is hard to distinguish the weigh-in from a fiesta.  Both days, even for non-fishers, it’s the epitome of sportfishing excitement as the teams bring in billfish weighing over 300-pounds for big money.

The synergy among the teams, staff and spectators is priceless as the staff, led by Bisbee, does its best to keep the spectators, who jam-pack the mall, entertained.

From high atop the Bisbee weigh-in scale, trinkets, beads and other giveaways are flung to the eager crowd below. Local families join the tourists as they scramble for the goodies in between the arriving monster fish that are rolled from the dock to the scale with the procession of the team, crew and friends who follow the fish to the stage.

The huge fish will be hoisted and the scale zeroed.  As the weigh-master and angler peer at the flashing numbers, the rest of the team looks over their shoulders while the crowd waits in eerie silence. The weight is announced and it’s determined whether the catch is a new leader or an also-ran; and of course, the crowd reacts accordingly as its fate is determined with cheers or moans.

7 p.m. Awards Celebration at Maria Corona is open to tournament participants and their guests only, highlighted by a specially-prepared dinner by the restaurant’s staff served before the huge sums of money are distributed to the talented, lucky, or both teams among the cheers of their peers.

“Due to popular demand," Bisbee noted, “I was literally cornered at the Baja Cantina by some of our more adventurous teams (you know who you are if you were involved) and coerced into agreeing to the addition of a "Little Chupacabra Challenge" Daily Jackpot to the Los Cabos Offshore Tournament.”

“These boys were insistent, and they represented a half-dozen entered teams.”

“The good news is that it will be a 100% return jackpot just like the bigger Chupacabra Challenge in the Black & Blue, and it's not as hard on your pocket book at $5,000 per day - $10,000 total. We have just added this category to our on-line registration process, so you can enter there, or on-site registration.”

“A cool factor to this is that if as few as 18 teams enter, this year's Los Cabos Offshore Tournament's prize money will be over One Million Dollars!

“Registration and distribution of team bags at the Puerto Paraiso Mall Thursday afternoon is open to all. Spectators and all the teams will be there to pick up their packets. It is always a fun event fueled by more than 72 teams already signed up with more expected before final registration closes,” he concluded

All of the staff, sponsors and volunteers look forward to seeing you there. It will be a fun time!

Will one of you qualify to be the newest member of the unofficial Bisbee Millionaire Club?  We will be rooting for you.