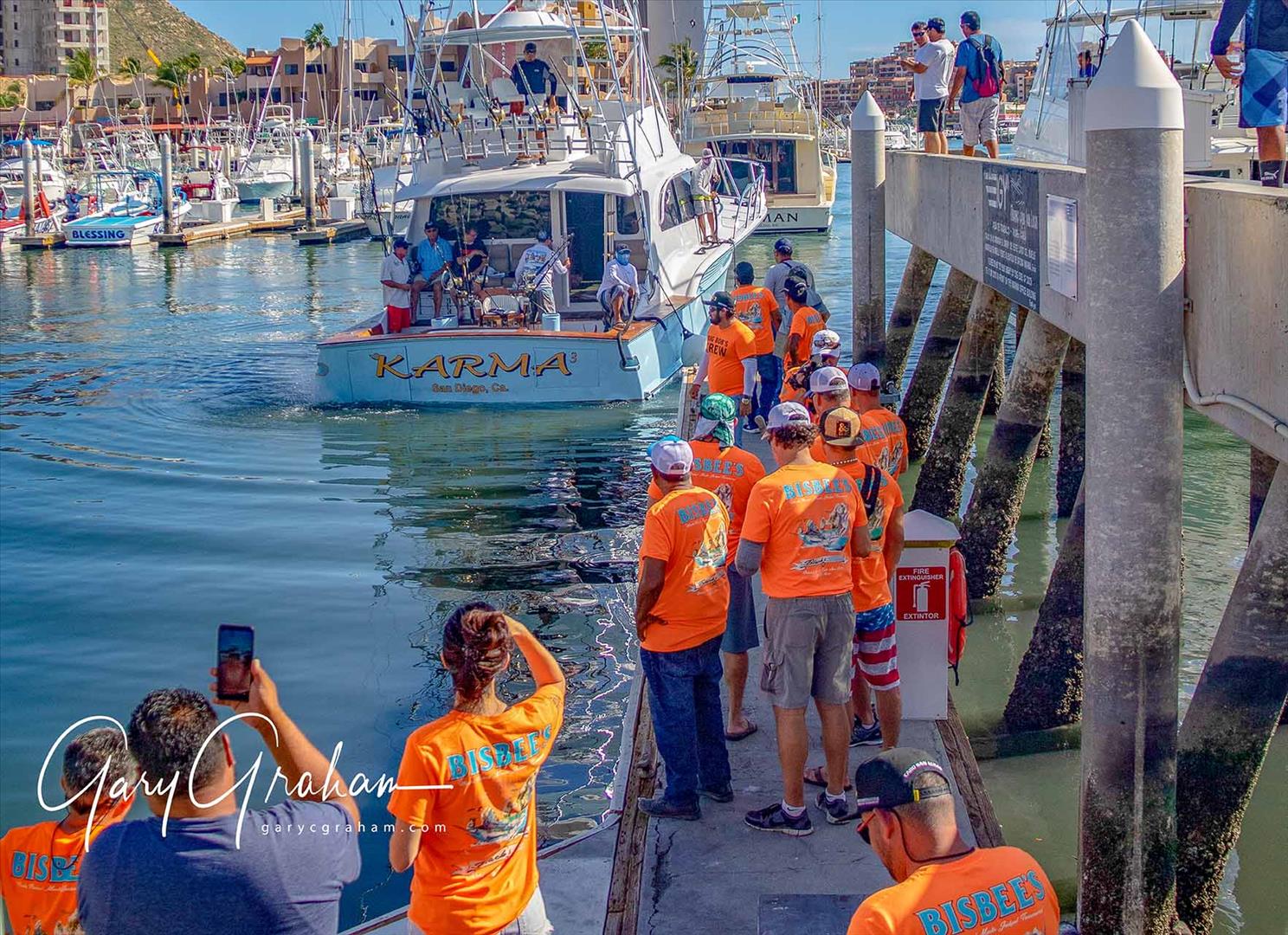 When the 114 teams in the Bisbee Black and Blue Tournament cross the starting line today -- Day Three -- they will all be pursuing their piece of the remainder of the $4,250,000 jackpot. Every one of them will have an equal opportunity to catch the fish of a lifetime that could earn them one of the largest amounts that has ever been paid out in a tournament, as well as a cherished place in the history of the sport.

Karma was a game changer on Day Two as THE “Karma 3” backed into the IGY slip shortly after 3 p.m. Thursday afternoon. Rumors swirled through the crowd eagerly waiting to see what Bisbee’s 2018 Black and Blue daily winner might be. It was the only fish so far, so there was no competitor at that point. And as luck would have it, no other billfish were brought to the scale that day!

When the boat lines were secured, Wayne Bisbee, staff, competitors and hundreds of spectators peered over 54-foot sport fisher’s covering board at the big marlin laying on the deck. Bisbee asked permission to come aboard, commenting as he did that the fish appeared to be a nice-sized black marlin.

Team Member Bob Manroe agreed, adding that the fish had accidently been struck by the props and he was voluntarily disqualifying the catch!  He asked that it be removed, cleaned, and the fillets be donated to the Feeding Los Cabos Kids Charity. This brought us to the end of Day Two.

Now we begin the third and final day of the Bisbee Black and Blue which will be one of the most significant days in the history of Big Game/Big money Sportfishing Tournaments in the world.

Fate will be sealed beginning when that qualifying fish appears in the spread; how the entire crew lives up to the challenge will determine if they are on the winner’s stage or in the audience tomorrow night at the Awards Banquet.

Seldom, if ever has there been such a defining moment in our sport.

Right fish/right time. At 3 p.m. Friday in Cabo San Lucas on the Malecon in front of Puerto Paraiso, we will discover who makes Sportfishing Tournament history and who will be just a spectator.