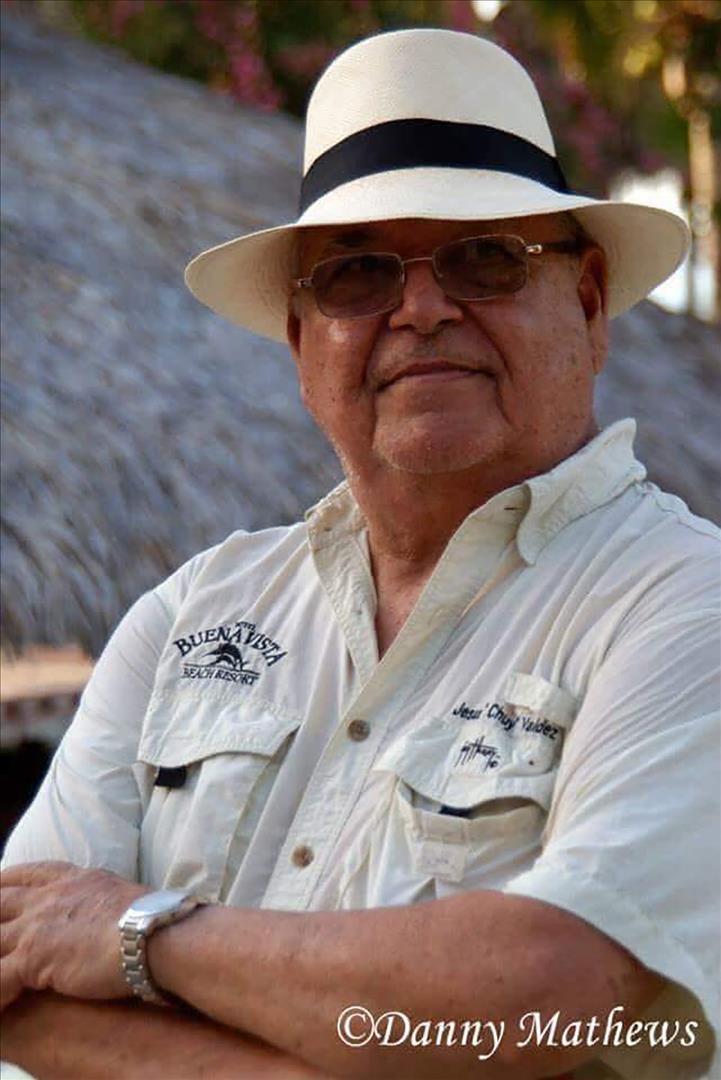 What the caterpillar perceives as the end,

to the butterfly is just the beginning.

“Jesus “Chuy” Valdez was a beloved member of the Bisbee’s extended family and vital to the success of the East Cape Offshore for many years,” Wayne Bisbee.

Valdez, 75, died at General Hospital in La Paz on Sept. 22, 2018, surrounded by his family after having played a round of golf.

Jesus Valdez, along with his wife, Imelda, was the founder of Hotel Buena Vista Beach Resort on the Sea of Cortez.  The hotelier, fishing enthusiast, and ardent conservationist was affectionally known as “Chuy” by all.

In October 1976, Valdez, a young accountant, business and tourism entrepreneur from La Paz, founded the modest fishing club called Spa Buenavista with 13 rooms primarily for anglers from California.  Valdez’s fishing club rapidly grew to become Hotel Buenavista Beach Resort, considered the “Jewel of the East Cape,” with dining facilities, a convention center, swimming pool, spa, manicured gardens and a cascade of rooms and cottages spilling down the hillside to the broad beach, along with a fleet of sportfishing cruisers and pangas,

Valdez purchased the property in 1981 and in 1982, the name was changed to the current Buena Vista Beach Resort.

Hotel employees – from boat captains and crews to waiters, housekeepers, and gardeners – were considered “family” to Chuy and during occasional difficult economic times, he kept as many people working as possible, providing them with food and family services. Word of his sudden passing brought the entire staff to tears as they shared stories of how he had helped them during their personal economic crises with a few dollars or tanks of gas.

Over the years, more and more responsibility for Hotel Buenavista Beach Resort’s day-to-day operations has fallen to Chuy Valdez’s sons, Esaul, Axel, and Felipe.  In addition to his sons, Valdez is survived by his widow, Imelda, and numerous grandchildren.