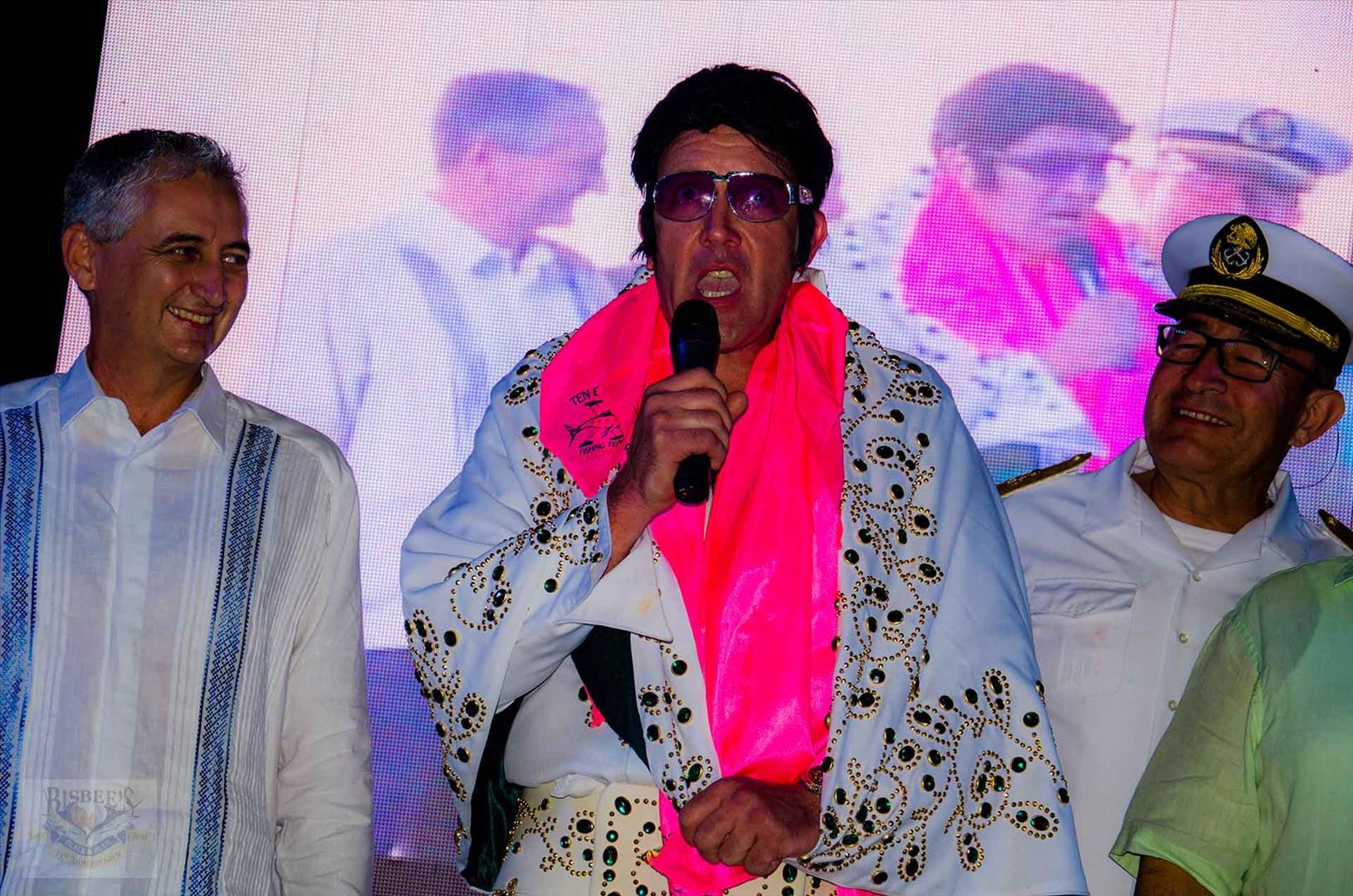 The pressure was building like water in a tea kettle. Hundreds of spectators were milling around, the nervous energy palatable. Rumors spread faster than a California wildfire. But it was no state secret. Everybody for 10 square blocks knew what was coming.

Tournament coordinator Bert Merritt, clad in a neon yellow staff shirt, made his way through the throng, a blue marlin in tow. The gate parted and the fish came into view. It was thick in the girth and appeared long enough. But would it make the weight? By the shouts and chants of the Team Abuelo members, there was no doubt. Even Tournament Director Wayne Bisbee, microphone in hand, thought it was a qualifier.

And then came the official proclamation from Weigh master Jack Teschel. “Two-hundred, ninety-five pounds!” It was close but there would be no celebratory cigars. Five pounds, 80 ounces or 2.2 kilograms; no matter how it was measured, that fish was still just shy of the necessary 300-pound minimum. And those five anorexic pounds cost the team hundreds of thousands of dollars in daily prize money. But that’s fishing and that’s also typical of the high-stakes drama that is the Bisbee’s Black & Blue, the richest fishing contest in the world. This year, on the 35th anniversary, more than $3.5 million dollars in overall prize money is on the line.

If one of the 121 teams competing is entered across the board in all optional categories, a single qualifying fish is worth more than $900,000 per day. When no eligible fish are weighed, however, the daily prize money rolls forward to the next day. hair care That means a single fish on Friday, the third and final day, could potentially net a cool $1.8 million-plus to the team that catches it.

“Jeopardy ain’t got nothing on us, baby. Tomorrow we’re going to have a real Daily Double on the line,” Bisbee said. تجربتي مع الكركم لحب الشباب “I’m going to have a bottle of Pepto- Bismol for lunch with a Pacifico chaser. Buckle your seat belts and hold on to your visors ‘cause t’s going to be a wild and crazy finish, just like we’ve always had for the last 30-plus years.”

Besides drama, the Black & Blue is also known for its quirky cast of characters year after year. So it really didn’t raise too many eyebrows when Elvis made an appearance last night. The King (aka Dave Snobl of Ten Brothers Fishing Team) & his posse planted the first satellite tracking tag in a marlin to officially start the Eastern Pacific Division of the IGFA Great Marlin Race, sponsored by the Bisbee’s Fish & Wildlife Conservation Fund.

The pop-up tag will stay in the fish for several months before releasing and relaying its important scientific data to an orbiting satellite. بصيلات The fish that travels the farthest wins and the winning team will earn a base entry to next year’s Black & Blue, along with another tag.

So Elvis and his fish may have left the building. Yet the bulk of $3.5 million in prize money remains, for tonight at least. The scales at the Puerto Paraiso Mall open at 3 p.m. Friday and close at 9 p.m. The public is more than welcome to come and watch the finale. It’s guaranteed to be a spectacle in true Bisbee’s fashion.