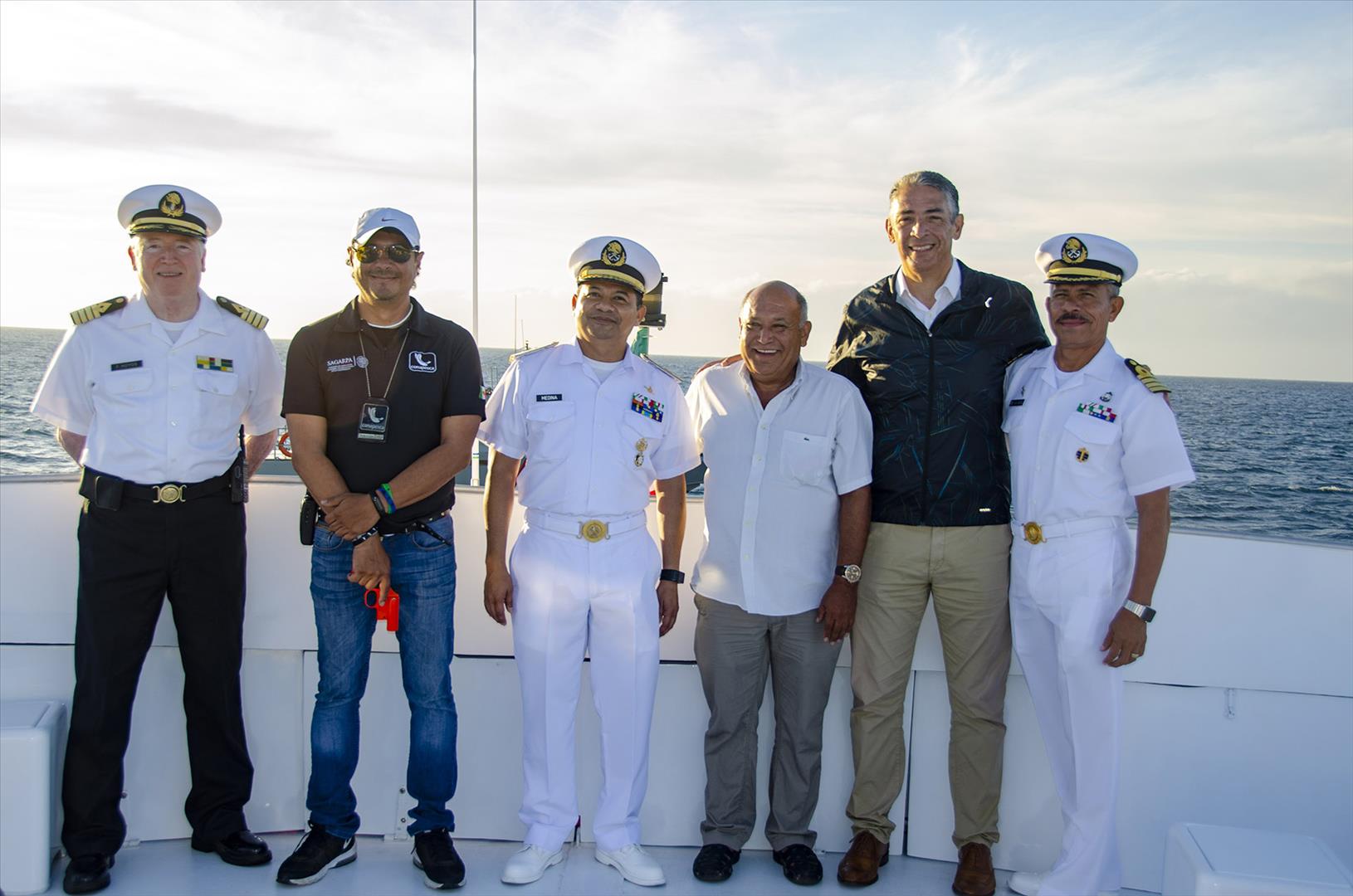 The only time during most tournaments that all the teams have an opportunity to interact with each other is during Registration. That is when they share the camaraderie of the competition that is out in the open as they exchange stories of their successes and failures from previous tournaments where they had competed together; it was no different this year as they gathered at the Cabo Yacht Club (where registration was held for the first time in the 34 years) to register for the Los Cabos Offshore Tournament.

Greg Lewis shared his disappointment in his and his Cloud Nine Team’s slow start in the last tournament, the LCBT, after having a hot hand on the tournament scene in 2018. Fifty-one teams had finished on Wednesday following the weekend's extraordinarily heavy rainstorm.

While at lunch with Darren Carey, Director of the IGY Marina, I was able to catch up with local news yesterday, including the reopening of their popular fuel dock located in the middle of the Marina.

Captain Greg DiStefano, the skipper of Guy Yocum’s 80-foot Weaver, “El Suertudo,” dropped by our table with his friend Azam Flores. Greg had a very successful 2018 season and had been named International Captain of the Year by “In the Bite Magazine” on the East Coast. Greg shared that he would be driving one leg of the upcoming Baja 1000 in the #14 Trophy Truck.

It turned out that Yocum’s team had an epic day on Wednesday, releasing four blues, two sails and one striper that earned their team $117,000 in LCBT, which held at the Awards Dinner on Thursday night. Conversely, he and his team were filled with optimism for the fishing during the upcoming two days.

The afternoon passed quickly; teams wandered in and out of the Registration area to check out the enormous flat-screen where CatchStat displayed the number of teams registered, as well as the total amount of money in the growing jackpot. Several hours before the closing of registration, that figure went over the $1,000,000 mark amid the cheers of those keeping track.

Throughout the afternoon, more familiar faces shared a fishing story or two. Cabo Max and his famous group entertained the growing crowd until Wayne Bisbee and his sidekick, Clicerio Mercado, hustled down the Malecón and took the stage at 7 p.m. for the Captain’s meeting.

Bisbee outlined the tournament’s schedule for the next two days fishing from 8 a.m. – to 5 p.m. both days and the Awards Dinner on Sunday Night at Maria Corona’s Restaurant.

A quick review of the rules (no changes) along with a forecast of the excellent weather for the LCOT and the Black and Blue followed. There were still teams signing up as Bisbee wrapped up the meeting, and Cabo Max took over the stage once again.

Large numbers of excited people packed the fairway as I made my way back to Registration. Dave and Geri Christman had just returned from their trip/safari to South Africa with DAGGABOY SAFARIS. They couldn’t say enough good things about the experience and insisted that I needed to make the trip; Dave even volunteered to make the trip with me.

I saw Captain Steve Lassley, of “Bad Company” fame, Captain of the team that still holds the record for the largest payout ever. Lassley represents Galati Yachts in Cabo now and was hanging out with Captain Francisco Bojorquez and the gang on “Hooray.”

As I headed back to my apartment, I saw Captain Rich Hamilton, with a couple of his crew members aboard the “Quiteña,” one of last year’s winners, along with the legendary Captain Marlin Parker and his lovely wife, Carol Lynne.

Hamilton, recently in Southern California, managed to get in on this year's extraordinary deep-drop swordfish bite, scoring two broadbill in one day for guests of Paul Fruchbom (the “Quiteña’s” owner). Parker, not to be outdone, is coming off one of the best seasons in Kona for him and his crew, which happens to be his wife, Carol Lynne, a world-class photographer, as well as an outstanding deckhand.

The Cabo Wave, a huge harbor cruise boat, scheduled to depart at 6:30, was delayed as the large group of spectators, press, and dignitaries from the Mexican Navy had to board before it headed out toward Land’s End to mark the east end of the start line, with the Bisbee start boat marking the far end close to shore. The breeze strengthened as Wayne Bisbee fielded questions on the VHF radio and outlined the details of releasing techniques and the videos necessary to confirm the releases and make them official. Then Bisbee announced there were 119 teams entered in the tournament with a total jackpot of $1,276,700.

The clock ticked down the final minutes to start -- 8 a.m. -- as teams jockeyed for position with the favored direction being up into the Sea of Cortez.

A red flare was followed by the thunderous roar of several hundred motors which drowned out the cheers of spectators as the 2019 Los Cabos Offshore Teams pursued their dreams -- all sharing the common dominator -- HOPE.