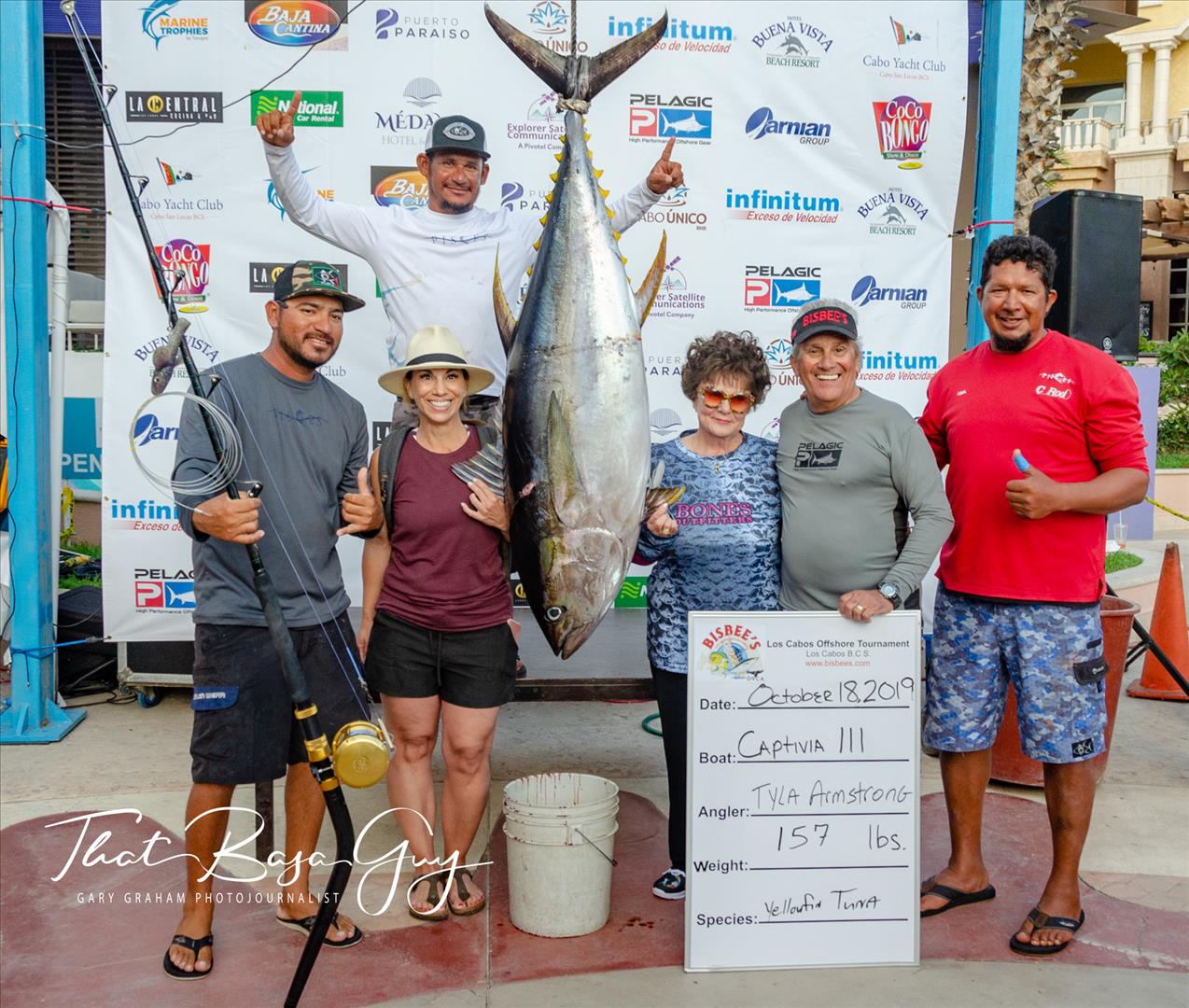 Most of the fleet headed toward Gordo Banks, although a few elected to go around the corner up into the Pacific. Within 45-minutes, the first striped marlin of the day was released by Shane Linder on the Fisher Brothers Team.

Once Linder called in his fish, the floodgates opened as calls reporting hookups came crackling into Tournament Control on the VHF radio to Axel Valdez, while Jill Christiansen recorded the information on the CatchStat.

As the calls were pouring in just minutes apart, the Tournament Control team was barely able to keep up with the pace. It was 11:08 a.m., and there were 23 reports recorded releases of both blue and striped marlin, as well as sightings of dorado, but nothing had been boated.

Then “Choyeros II”  broke the ice at 11:08 a.m. when Carlos Beltran boated a yellowfin tuna that weighed-in at 117.4 pounds.

According to the Tournament Control crew, for the next three hours from the mid-morning fish, the calls were overwhelming -- the radio, text, and telephone were on fire with calls and messages. These were the most difficult three hours to manage than they can remember in the past five years.

Oddly enough, the activity they experienced wasn’t reflected in the number of fish that were brought to scale on the first day. Plus, there were no dorado at all.

On the positive side, a big shout out to all of the 120 teams (total corrected late last night), not one fish was weighed in below the minimum weight!

The list of five fish brought to the scale by closing time at 9:00 p.m. included:

العناية بالبشرة The final fish of the day was a released blue marlin aboard “Pour Decisions” by David Manry.

This morning the wind seemed to have backed off somewhat, and the teams’ moods seemed optimistic. Once again, most of the teams headed back up into the Sea of Cortez.

By mid-day, there were more gamefish and one blue boated.