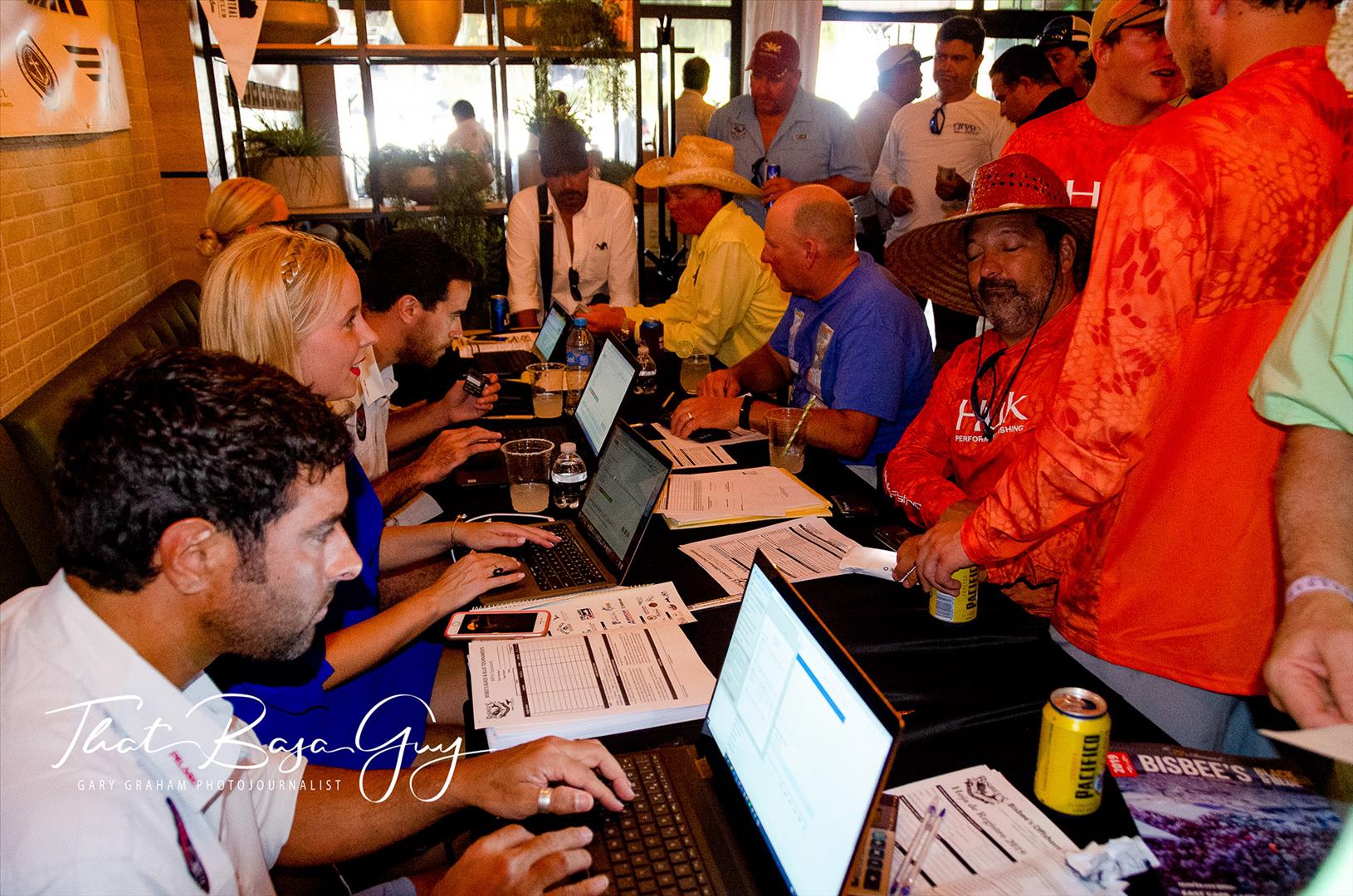 The 39th Bisbee Black and Blue Tournament – a record $4.5 million payout extravaganza, according to director Wayne Bisbee – is shaping up to be as substantial as the recently-concluded Los Cabos Offshore event.

The 126 teams entered in this three-day tourney are poised for an early morning start.

During Tuesday’s registration, sponsors scurried about putting final touches on their booths and tables before the 3 p.m. opening while teams that arrived early roamed the malecón or waited in the Los Cabos Yacht club.

Instead of the long lines of previous years, the streamlined process of registering performed near flawlessly.

Throughout the afternoon, the veteran competitors mingled with returning teams as well as some first-timers, savoring exchanges of their “bucket list” experiences. Results of their pre-fishing days or their LCO days on the water were exchanged warily. Dave Manry, the owner of “Pour Decision,” volunteered his experience of having hooked THE ONE that could have been his ticket to the awards stage. It came unbuttoned after an extended fight.

Another captain lamented the fact that he was right alongside the boat “Marlini” when they hung their award-winning fish during the last event. A small fleet of boats complained that they had braved the grumpy, white cap-covered Pacific water with little to show for it. 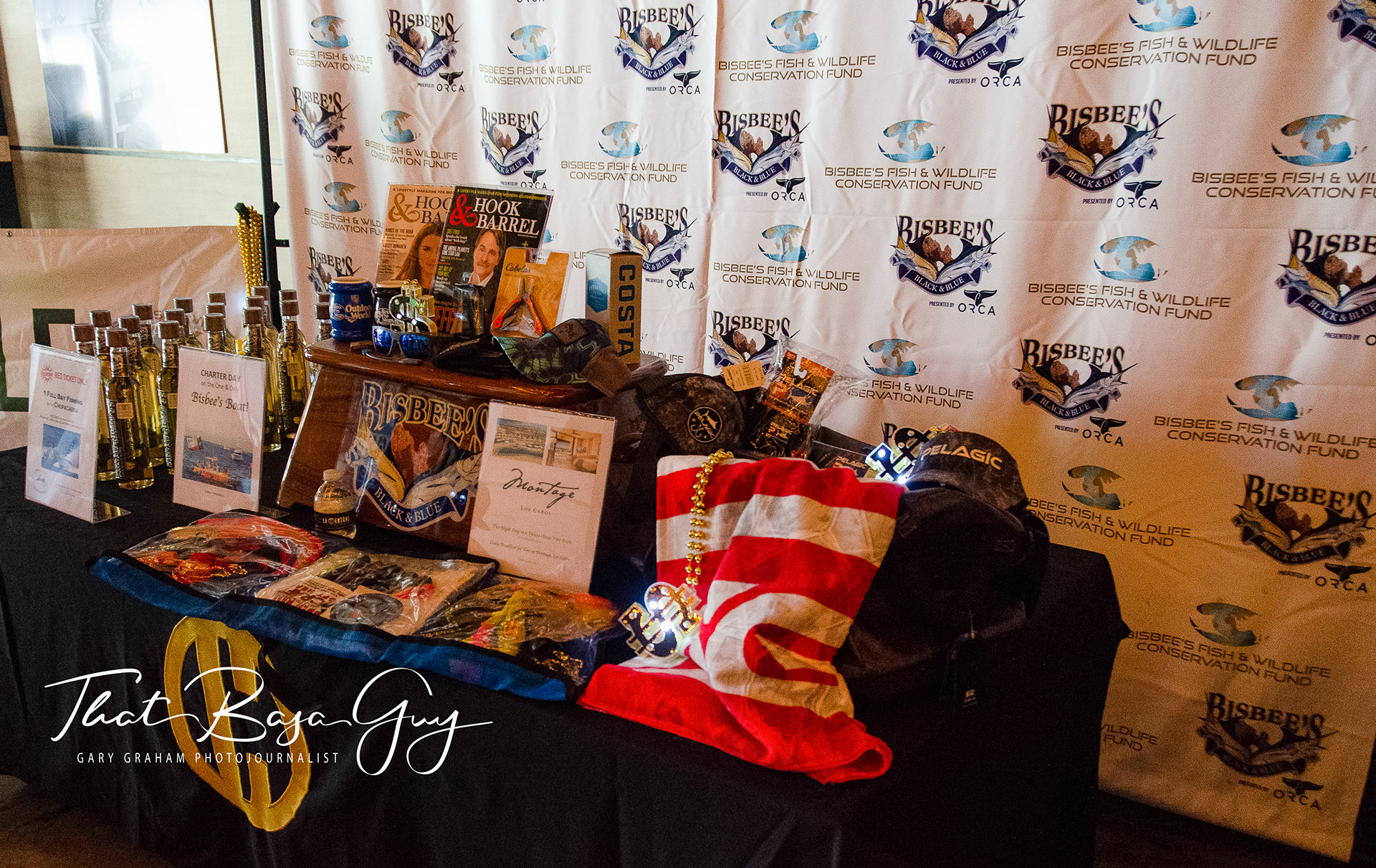 Natalie Radzwilla of Bisbee's Fish & Wildlife Conservation Fund was on hand with a table displaying raffle items along with 11 live auction items ranging from Free Entry to the 2020’s 40th Black and Blue Tournament to the Wide Open Baja Racing experience that would be offered during the gala awards banquet to be held Saturday at the Cruise Ship Pier. Evening Entertainment: Cabo Max's Benefit concert. Hosted by Bisbee's Fish & Wildlife Conservation Fund.  Concert, Raffle and Silent Auction benefit the Green Scholarship Program and our BF&WCF Revolutionary RFID Tagging Program. 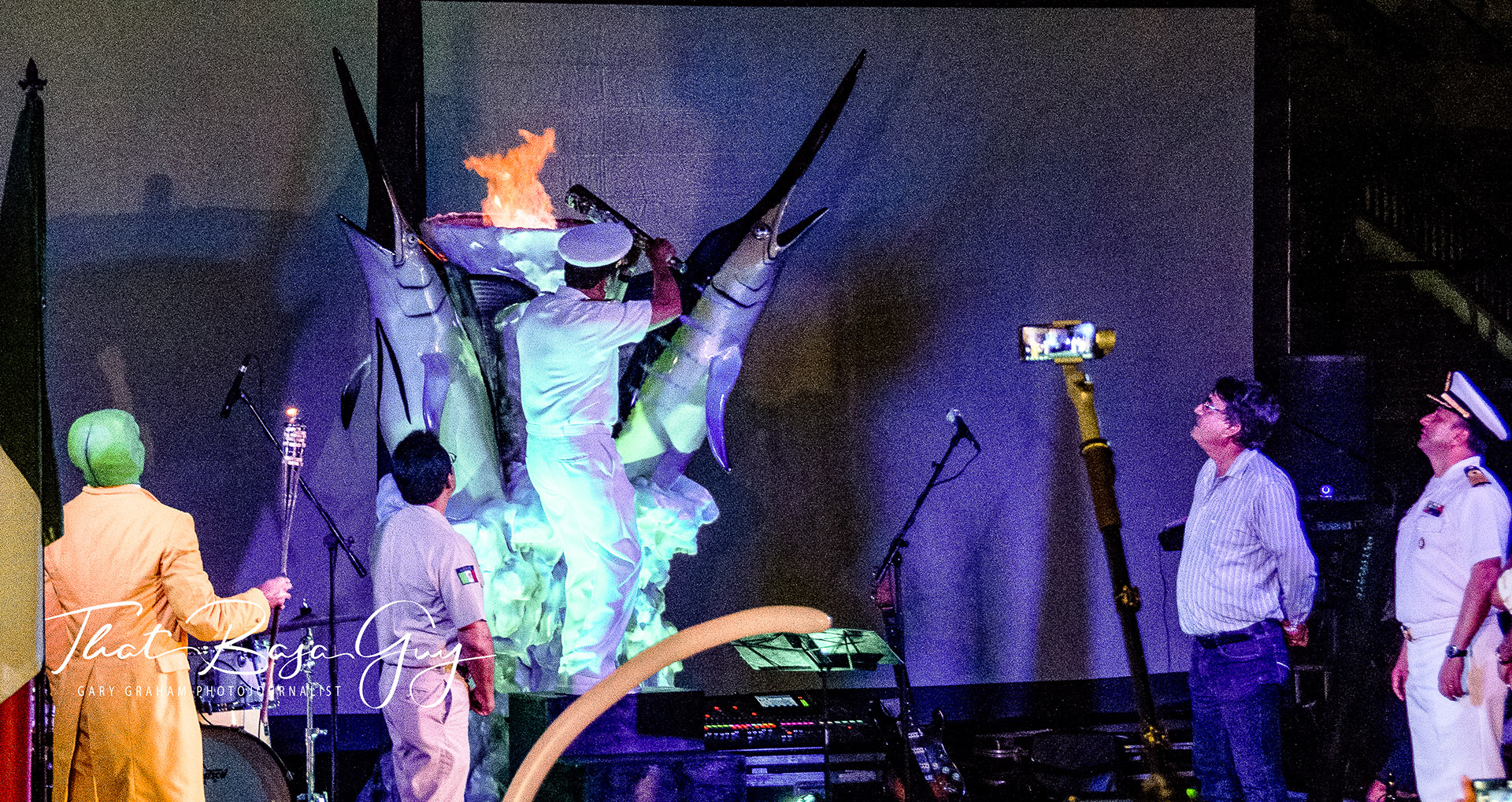 By late afternoon, the number of teams and spectators grew in anticipation of Cabo Max's band before and after the Captain's Meeting – entertainment provided by CoCo Bongo followed by the lighting of the torch that burst throughout the event before a dazzling array of fireworks, 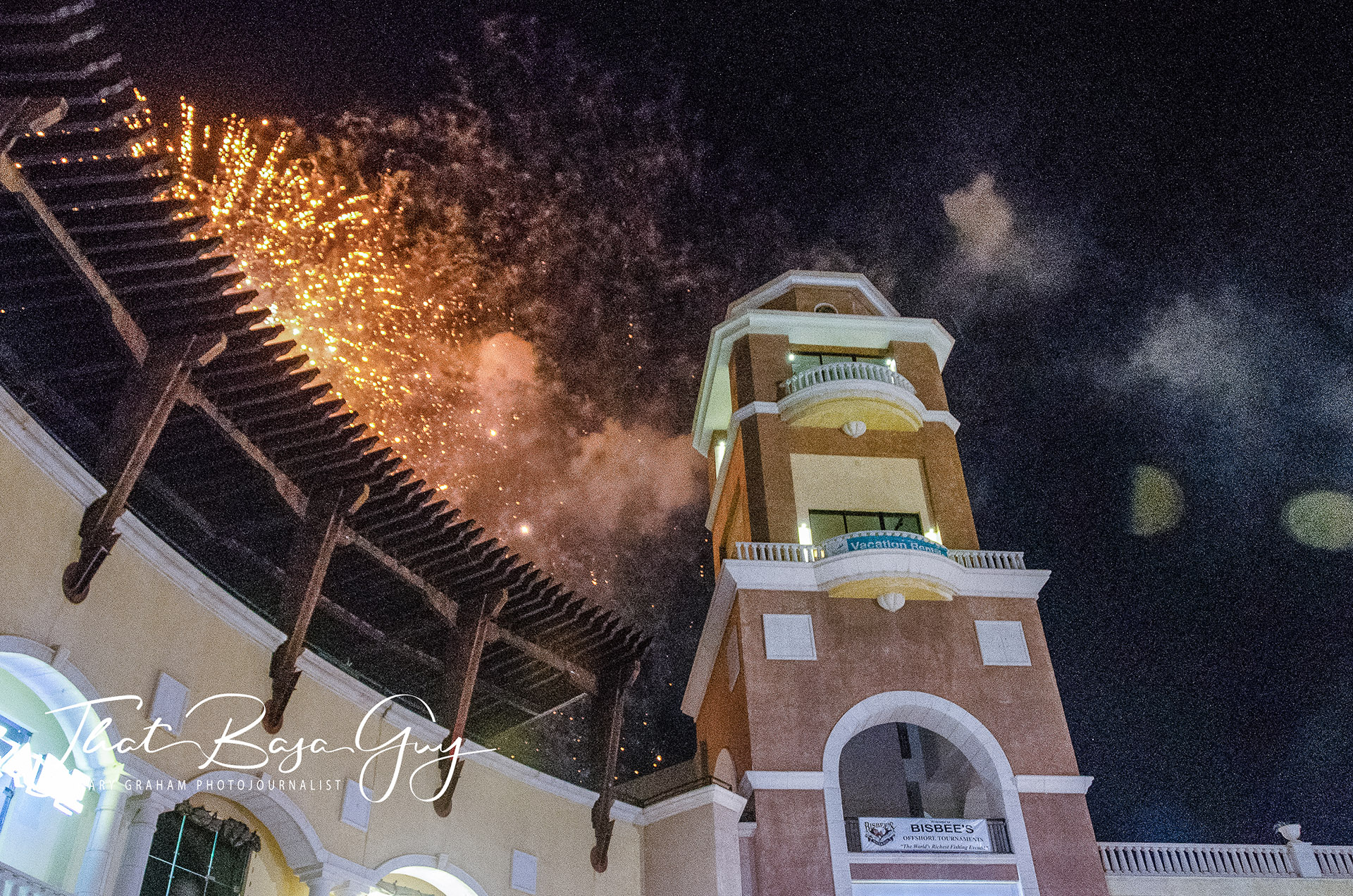