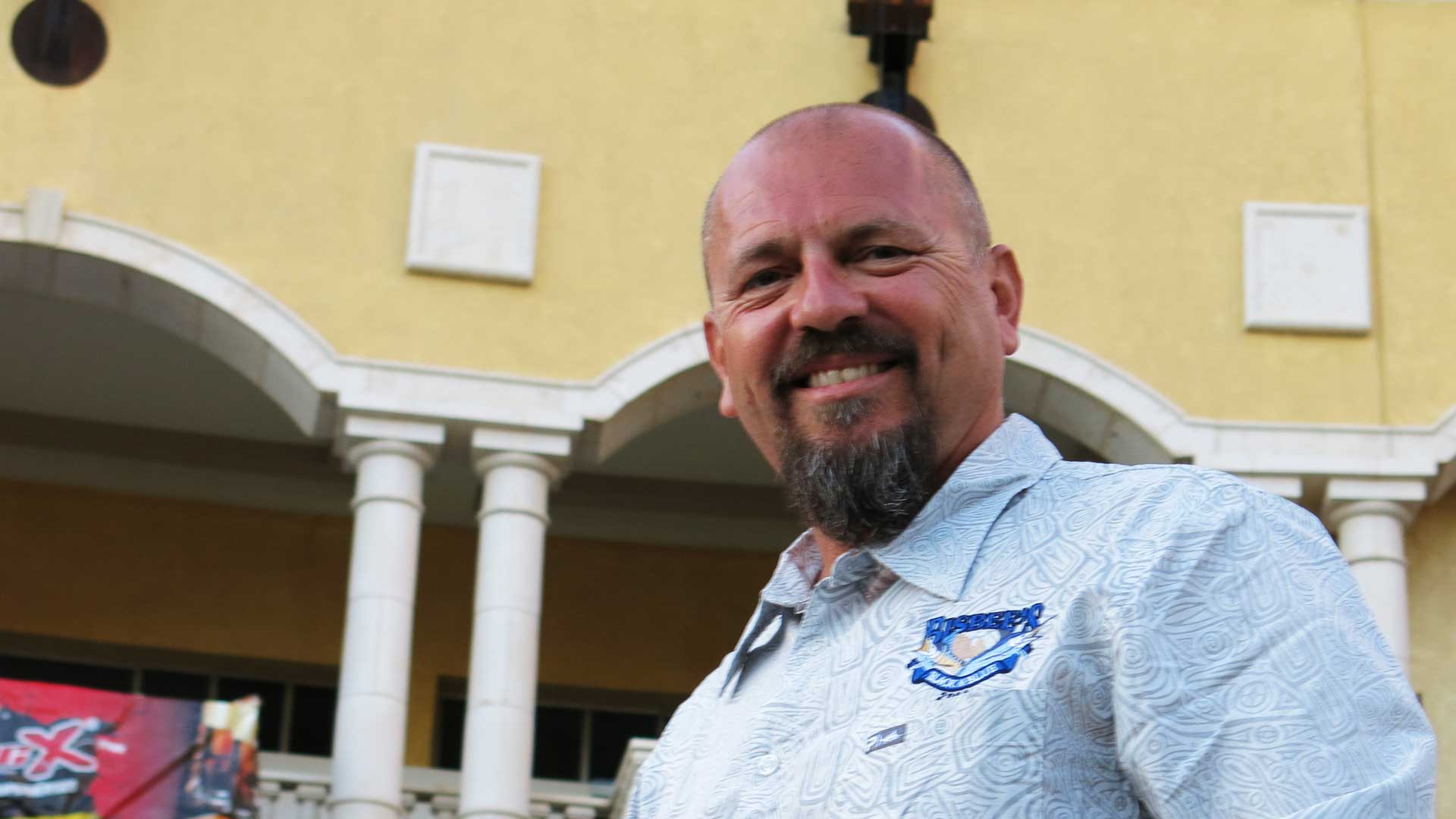 Putting on a tournament the size and scope of the Black & Blue is no easy task. Besides coordinating 121 teams from around the globe, Onila weighing trophy fish and distributing more than $3.5 in prize money, there are tons of behind-the-scenes logistical details to consider. The tournament staff and volunteers do yeoman’s work to pull it all off. But none of drama and excitement would be possible without the dedicated commitment of the dozens of sponsors. From feeding and housing staff ( Baja Cantina and Tesoro Los Cabos), to transportation ( National Car Rental), trophies ( David Wirth), logistics ( Oil Boom USA, Los Cabos Tourism), tackle (American Fishing Wire/Hi-Seas), to the host facility ( Purerto Paraiso), all are vital to a successful event. Pelagic sponsored all three Bisbee’s tournaments this year.

“First of all, as a Southern California-based company, Cabo is our backyard,” says Colin Sarfeh, Pelagic’s marketing director. “And as the leader in the lifestyle sector of the sport-fishing industry, we have to be here. The Black & Blue is the Super Bowl of the sport.”

2015 marks the 13th year of Pelagic’s involvement and the company provided shirts, visors and limited edition jackets for the participating teams.

“This town is covered up in our gear and being involved with the Bisbee’s all these years has really helped grow our brand,” Sarfeh added. “It’s more of a partnership than a sponsorship. It’s amazing how quickly the town was put back together after last year’s hurricane, due in large part to the Black & Blue and the Bisbee’s family.”

Costa is another long-time sponsor of Bisbee’s tournaments, but this is the first time Amanda Sabin, the offshore community manager, has been able to attend due to scheduling conflicts. She was instantly impressed with the pageantry and local scene.

“I’m in love,” she said before the elaborate kick-off ceremonies Tuesday evening. “This is pretty amazing. Cabo is such a fishy place and it’s all really cool.” Costa, the eyewear brand of choice for serious anglers everywhere, has an unwavering commitment to marine conservation and sponsors the Release Division for all Bisbee’s events.

Lauren Hartman, the eastern and western U.S. division manager for Sevenstar Yacht Transport , is another first-time visitor to Cabo but her company, owned by the Spliethoff Group of Amsterdam, is heavily involved in the sport.

“We support the fishing community from Cabo to the Canaries, Australia and Tahiti, everywhere the fish are. We have two submersible transport vessels and about 125 cargo ships all over the globe. We are the only yacht transport company that does east to west coast shipping on a regular basis.”

For globe-trotting teams following the hottest bite, Sevenstar offers a turn-key service,  تساقط where the crew docks a sportfisher next to the submersible transport and everything else is taken care of until the boat is delivered. The company has made six stops in La Paz since March and is currently working on a Costa Rica route. The delivery service offers many advantages for boat owners who want to keep up with billfish as they migrate.

“Transporting your yacht with us saves on time and fuel, engine hours and crew payments. We make is easy to stay on the fish and follow the action no matter what the distance from your home port.”

From shirts to yacht shipping and everything in between, sponsors have enabled the Black & Blue to put on world-class events for more than three decades. But that’s how real partnerships are supposed to work.