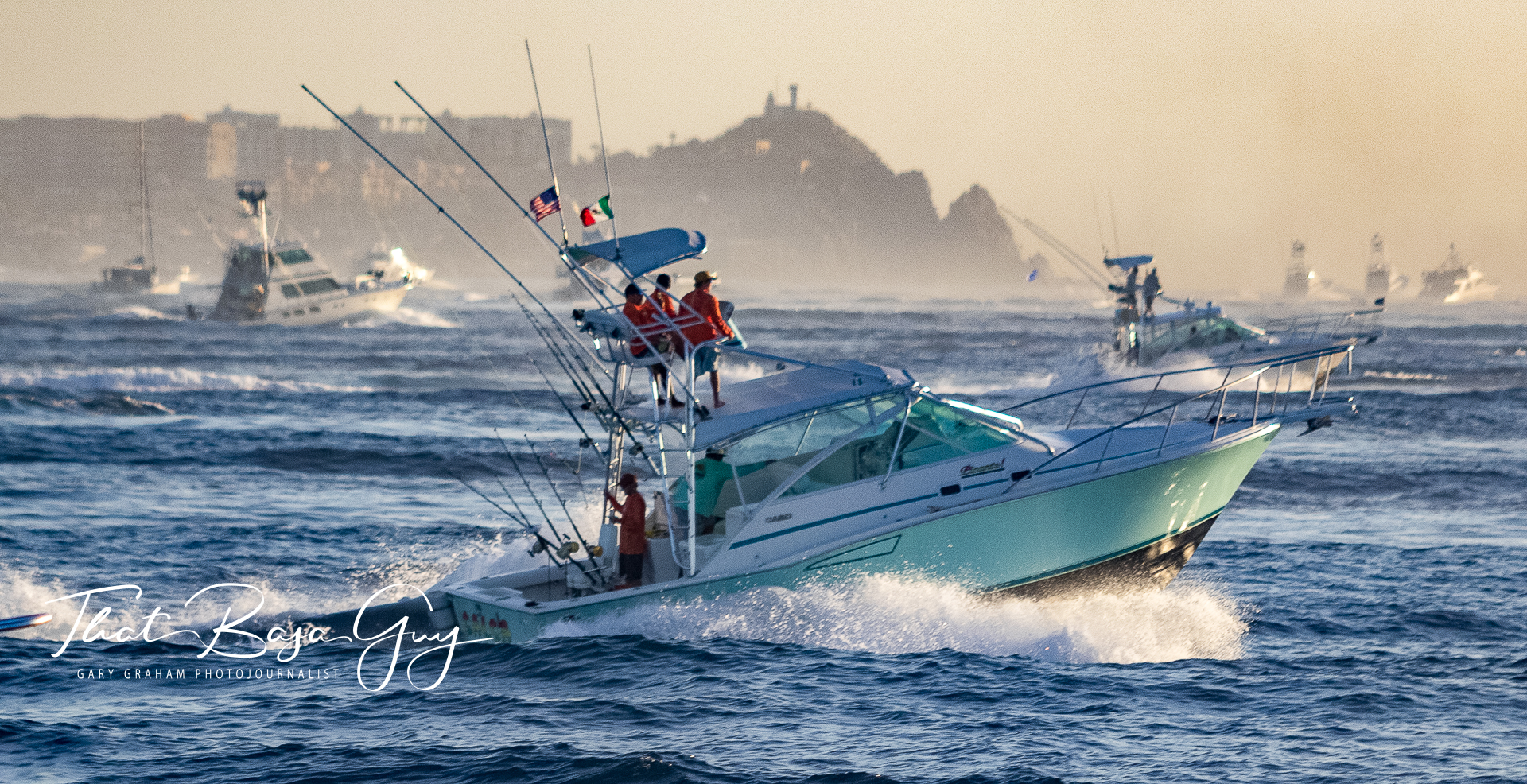 American baseball legend Yogi Berra reportedly first uttered the phrase about baseball's 1973 National League pennant race. His team was a long way behind when he said it, and they did eventually rally to win the division title.

It was a just-right Los Cabos morning – neither too hot nor too cool. Over the top deck of Cabo Wave, the press cornered one official after another to interview them on camera regarding this momentous event.

The time passed quickly. Photo ops and selfies were the first order of business for many, and the captain of Cabo Wave positioned the boat near the Cabo Arch, marking one end of the start line, anchored by the official Bisbee Committee boat at the other end near shore. 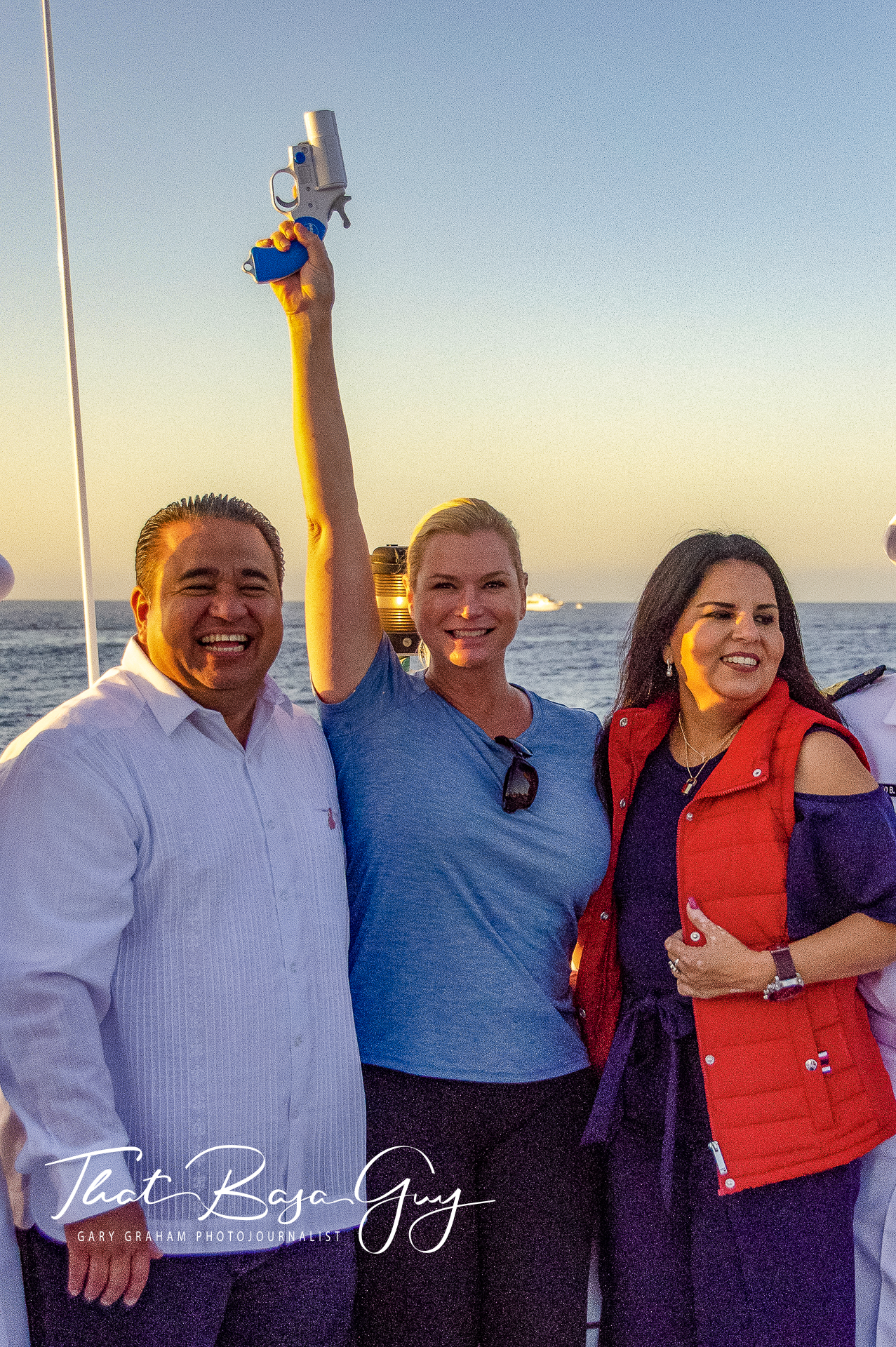 Soon the 5-4-3-2-1 count-down echoed from the marine VHF radio signaling the start as the flare propelled skyward. Spectators whistled and cheered, boats roared, and 126 teams sped toward their favorite fishing spot. Most of them headed up into the Sea of Cortez as opposed to the Pacific side that appeared to be the choice of about 30% of the teams.

The day was off to a promising start when Bull Rider reported the first boated blue marlin shortly after 9 a.m. Hangtown Hookers followed several hours later at 11.

While there were ongoing releases, the next boated fish was Tea Missfits at 1 p.m.

As those three headed for the scale, the rest of the fleet continued to wait for their shining moment to occur.

Chupacabra angler Augustine Jimenez was next up, boating his blue marlin at 1:28 p.m. Then Sneak Attack reported that it had taken angler Chip Wagner 43 minutes to land a black marlin rounding out the mid-day bite at 1:52 p.m.

The last fish of the day was caught after a remarkable 13-minute fight by Paul Beaullieu aboard the Wild Hooker and boated at 4:38 p.m.

Unfortunately, fish brought in by three teams – Hangtown Hookers, Bull Rider, and Missfits – failed to reach the minimum weights. However, all three donated their catch to the Hope for Los Cabos team to be distributed among kids and their families throughout the Barrios surrounding Los Cabos, providing approximately 1,725 meals. 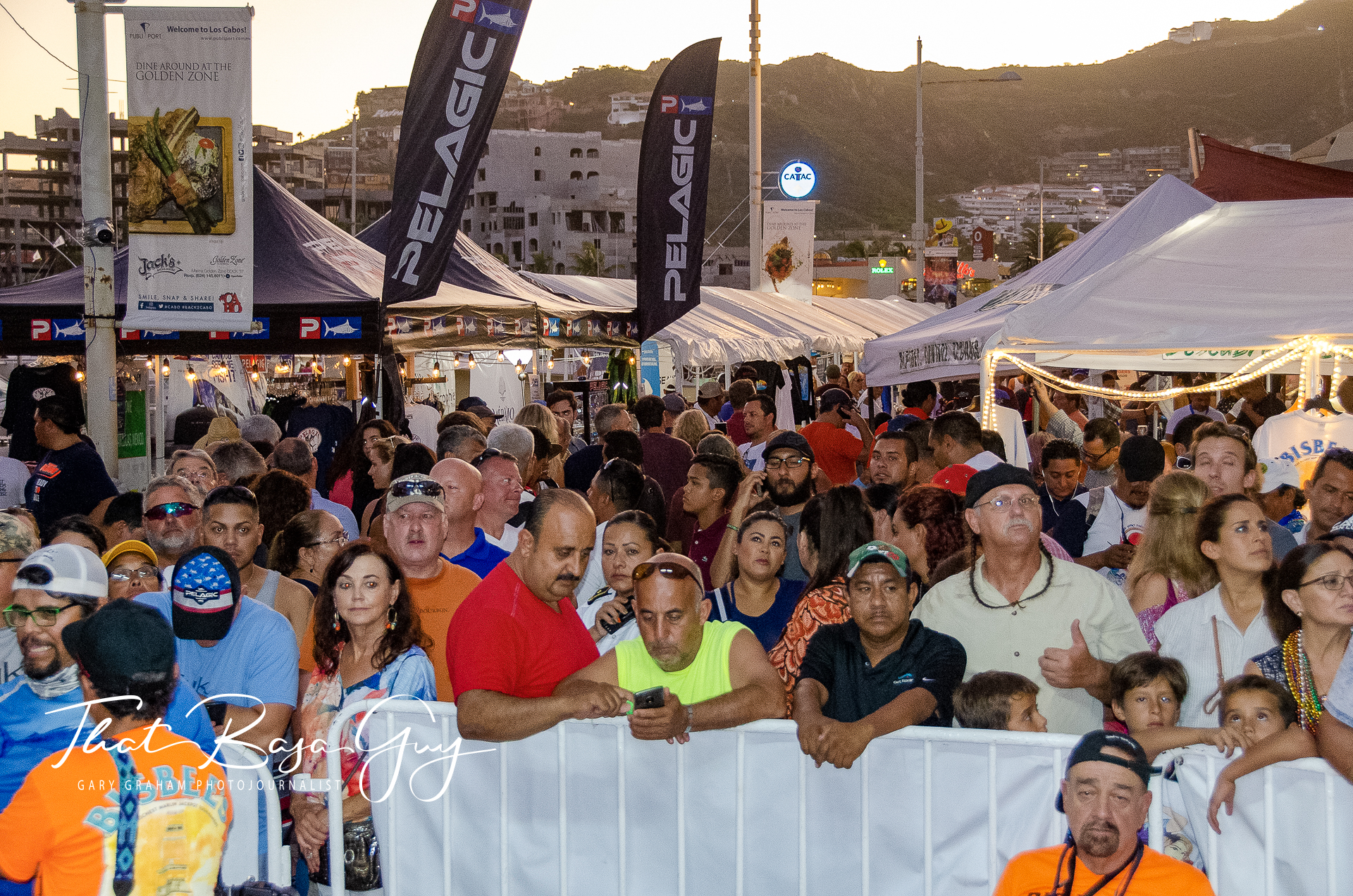 The first qualifying fish of the tournament to reach the scales was Team Chupacabra from California and Las Vegas with a 354-pound blue marlin. Much to the delight of the team, they were in across the board. This meant that if their fish remained the heaviest, they would win about $1.3 million.

Bisbee explained, “We are smiling along with Team Chupacabra.  If a qualifying fish had failed to come to the scale, instead of writing ten winning checks, we would have had to write 126 refund checks!”

When asked if he was worried about the two fish waiting to be weighed in, Chupacabra’s owner nodded yes.

However, he added, “We did our best, but if they have a larger one and we get beat, we get beat! We will still feel good about our day!”

Angler Augustine Jimenez added that he had fished in Cabo back in the ’70s with his father and was delighted to return to the area.

The next fish to the scale was Chip Wagner’s black marlin caught aboard the Sneak Attack.  His team was also in across the board, and his black marlin must weigh more than 354-pounds to be in line for the $1 million+ jackpot. As the fish was hoisted, their captain, Vicente Bojorquez, a local boy born and raised in Cabo, held his breath and closed his eyes. Jack Teschel, the Weigh Master, waited for the scale to settle before barking out the discouraging news for one team and joyful news for the other … 332-pounds!

Chupacabra’s team exhaled! But not for long.

The final fish of the evening was a black marlin caught by Paul Beaullieu aboard the Wild Hooker.  It was easy to see that the monster black was going to be the fish of the day and win the dailies for Day 1. 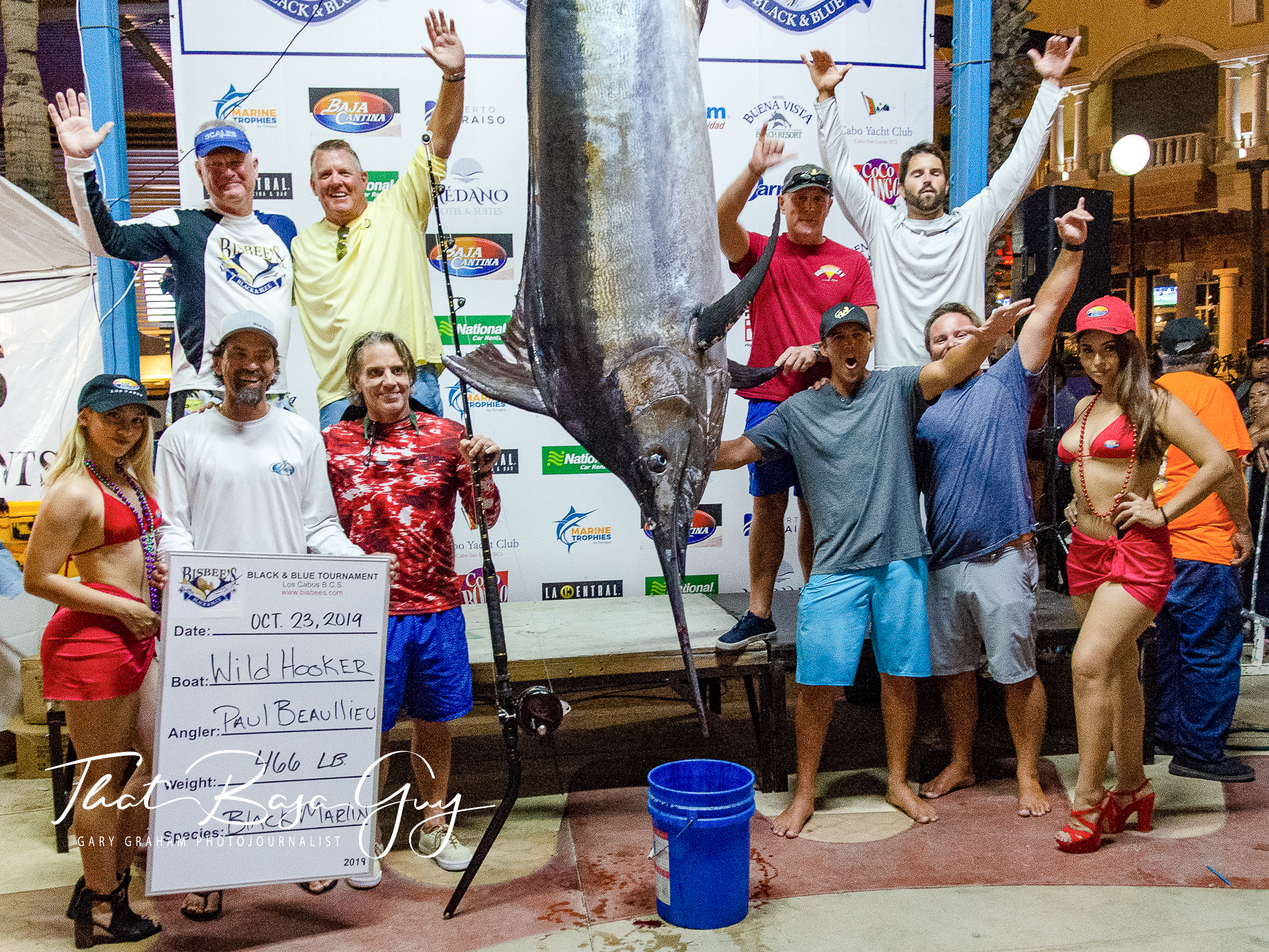 Their black marlin weighed 466 pounds.  Once Jeff, the Weigh Master confirmed the weight, Wayne Bisbee announced that Wild Hooker’s was the final fish of the day, worth $1.36 million.  Amid loud cheering and high-fives, the team needed no coaxing for smiles for their photo.

Day 1 was over at the Weigh Station beginning with the first disappointing non-qualifiers and ending with a succession of highlights and memorable moments. It ain’t over til it’s over! Well you can’t argue with that!

I cannot imagine what Day 2 will bring, but I promise, you will be the first to know.