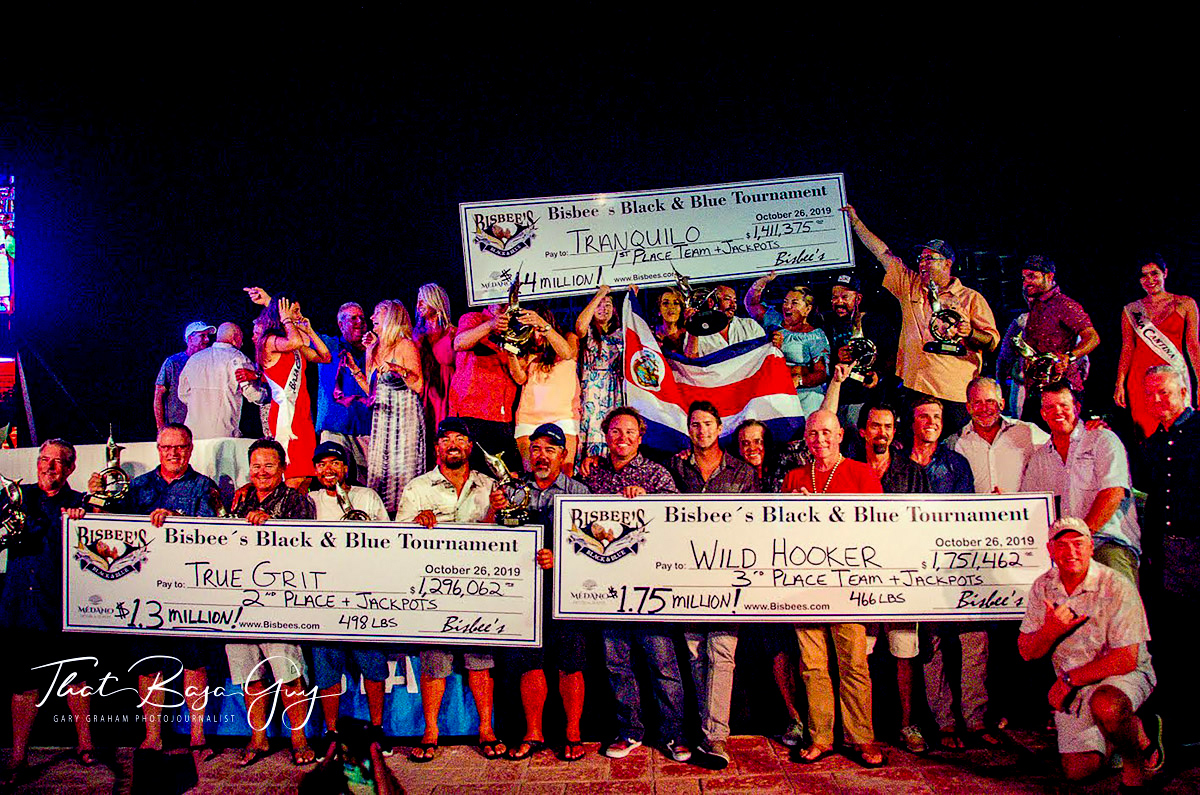 There was a remarkable demonstration of support by 855 anglers and their guests for the Bisbee Fish & Wildlife Conservation Fund’s third annual charity event, Oct. 26, 2019.

Established nearly eight years ago to benefit projects that were the heart of the organization, the charity affair preceded the awards ceremony for the 39th Bisbee Black & Blue Tournament.

The epic happening was held on the cruise ship pier in the IGY Marina, where Baja Cantina, the main sponsor, provided dinner. The Bisbee Fish & Wildlife Conservation Fund’s program, a unique mix of the raffle, live auction, entertainment, and a top-tier firework show, was included in the distribution of $4,584,450 to various category winners of the three-day fishing tournament.

The charity auction and raffle program was created and implemented by Bisbee’s fundraising manager, Natalie Radzwilla, who is also the co-owner of New World Public Relations, and her executive assistant, Crystal LaFosse and volunteer Jill Christiansen. With the help of auctioneering veteran Andy Dunning of Dallas Car Sharks, they raised close to $200,000, bringing the three-year total attained by the annual event to more than $500,000 for the Bisbee’s Fish and Wildlife Conservation Fund and its beneficiaries.

Baja Racing Experience, plus many more from donors listed below:

Attendees bid generously and aggressively in addition to purchasing raffle ticket booklets galore for a chance to win over $50,000 worth of donated items.

The Bisbee’s Conservation Fund, partners with the Green Scholarship Program and La Paz University, awards four-year marine biology scholarships to selected students who are financially challenged, yet have excelled in their studies and have demonstrated a passion for higher education. 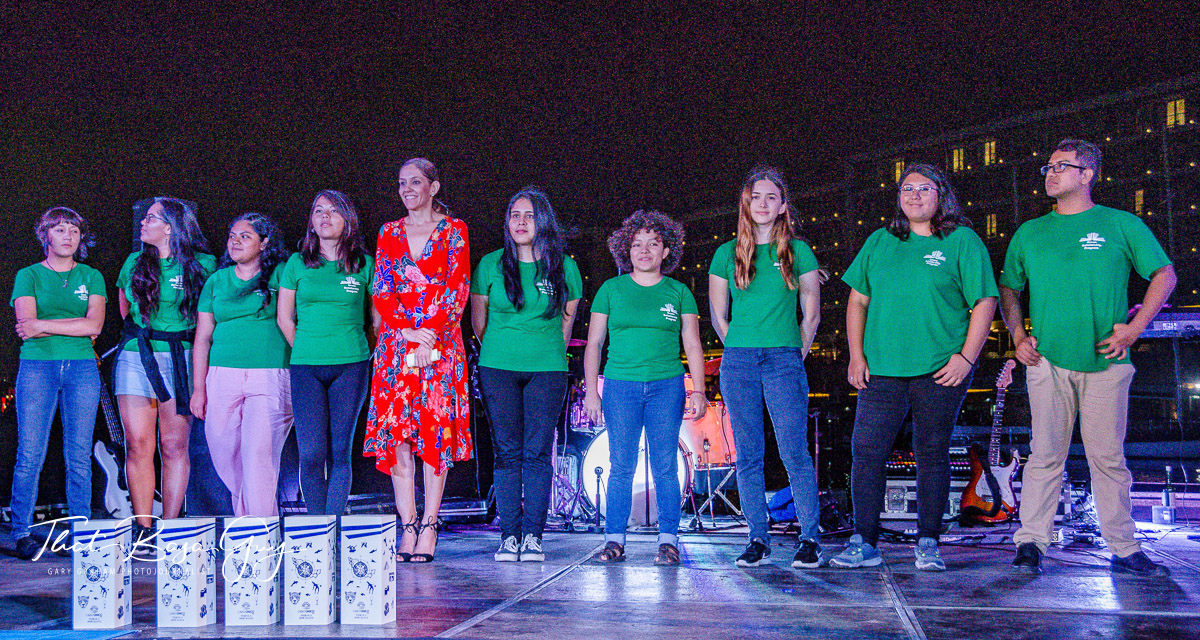 Wayne Bisbee stated, in part, “… We are thrilled about this great opportunity to financially assist students who, due to their economic circumstances, had virtually no chance for obtaining a higher education degree, launching careers that will allow them to protect the marine resources, which are part of the sport fishing fabric of Baja. We are gratified with the results thus far

and want to continue to substantially increase the number of scholarships awarded to cover tuition expenses in the future.” He added that the current class of 12 would graduate in 2020.

Three top teams in the Costa Release Division received their awards and checks: 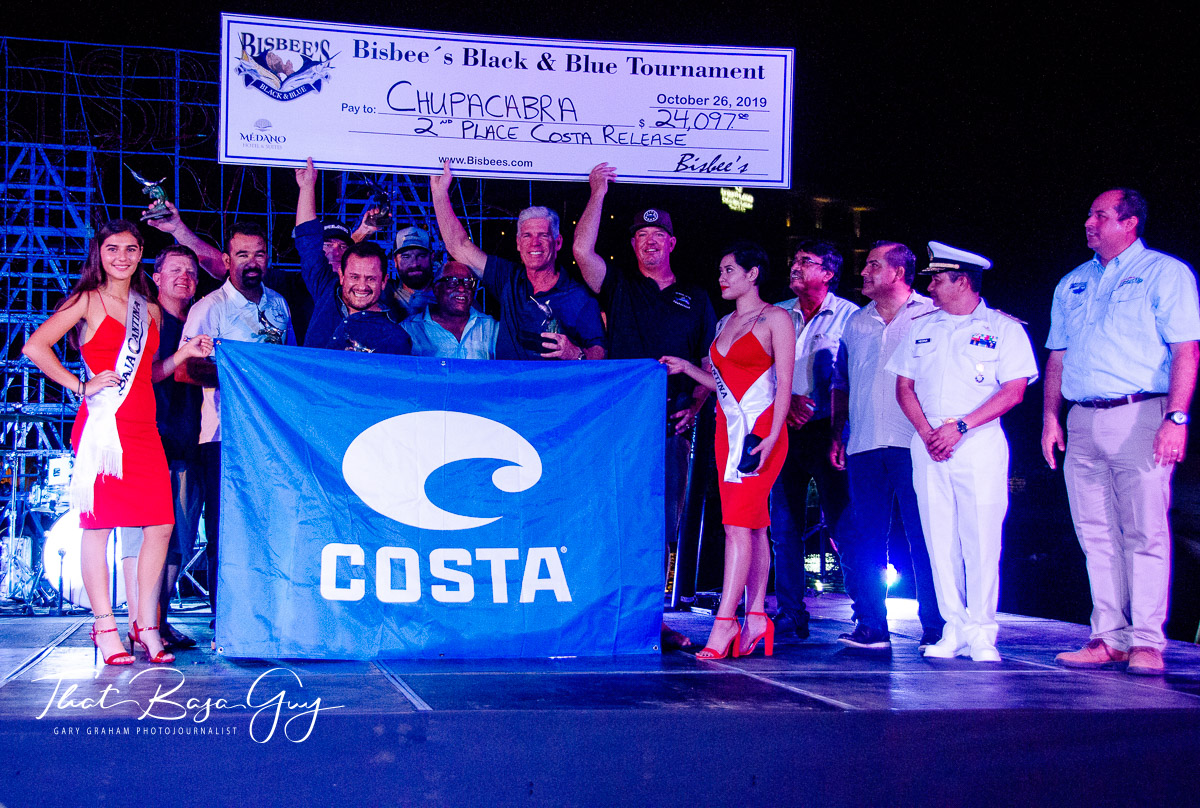 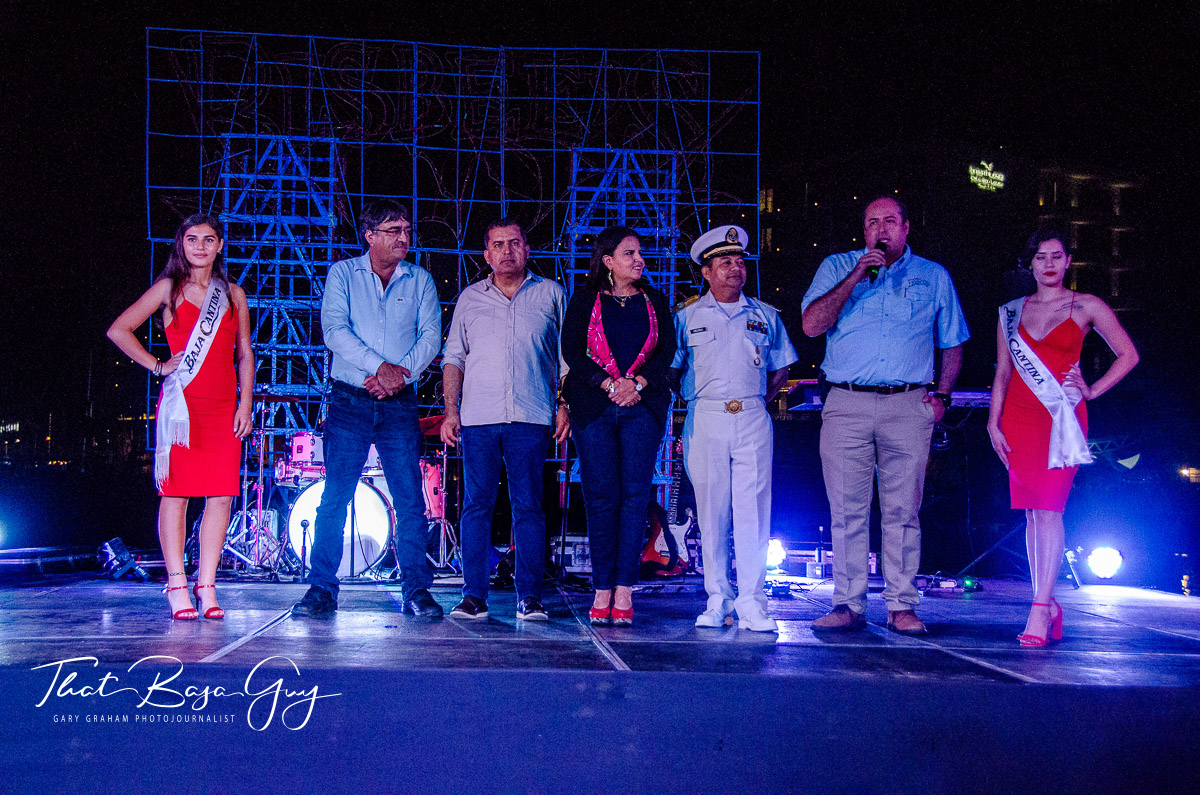 From left to right:

Then, local dignitaries who assisted with the distribution of Marine Art and Trophies along with the winning checks were introduced.

With the distribution of the winnings, Bisbee closed the evening's festivities by congratulating all the winners and thanking all the teams for participating in the 2019 Bisbee Tournaments.

He reminded everyone that the 40th Black and Blue Anniversary Tournament will be a special celebration – which should not be missed.